DETROIT.  Before he took the job as Detroit Pistons head coach in 2009 John Kuester says he received assurances from general manager Joe Dumars that the disciplinary problems that erupted into the NBA’s biggest brawl ever with the Indiana Pacers six years ago had been resolved.  “I should have had him put it in writing,” he says now after an altercation at a joint “Read to Achieve” sponsored by the two teams at Vinnie “Microwave” Johnson Elementary School here left two students with skinned knees and a third with a black eye. 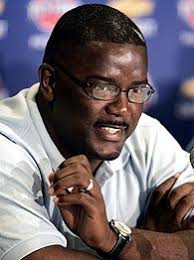 Dumars:  “So I was wrong–nail me to the cross.”

“There was some pushing and shoving between Tayshaun Prince and Will Bynum over who was going to read ‘Green Eggs and Ham,'” says NBA Director of Security Joe Gadsden.  “One thing led to another and pretty soon the Legos were flying.” 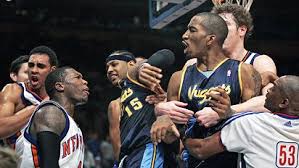 “I would not eat green eggs and ham!”

The 2004 brawl between the two teams, dubbed “The Malice at the Palace,” was a subject of interest for several of the youngsters in an introductory question-and-answer session.  “Is it fair to hit somebody when they’re not looking?” asked twelve-year-old Duane Morrison. 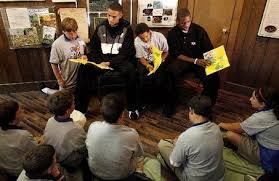 “Only if you’re throwing a sucker punch,” noted veteran Pistons center Ben Wallace.  “And if he is looking, you’re allowed to say ‘Hey–isn’t that J-Lo over in the stands?’ to distract him.” 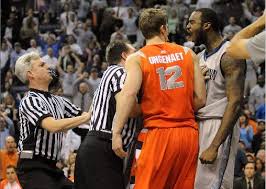 Punches were thrown–accounts differ as to who struck whom first–and soon gigantic men were tussling on mats that had been placed on the floor in anticipation of mandatory naps at 1:30 central time. 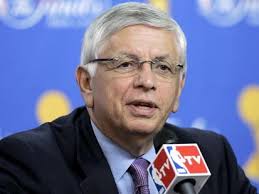 “We want kids to learn about violence in the safety of the classroom, not the streets.”

NBA Commissioner David Stern said the league would review film before meting out punishment, but that any fines or suspensions would likely be overturned on appeal.  “Our players make so much money,” he noted, “they can afford better lawyers than us.”