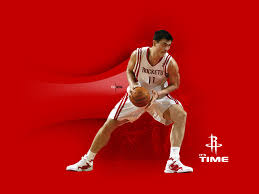 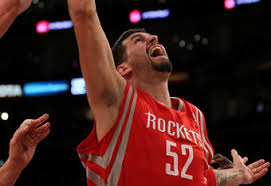 “I have not been xiao-ing it!”

“What’s he talking about?” was Miller’s reaction.  “If I didn’t have a liver how the hell could I convert glucose into glycogen?”

Asked to elaborate, Yao explained that the Chinese consider the liver–not the heart–to be the seat of human emotions and the source of inner strength.  “For 4,000 years Chinese know that emotions go as liver goes.  Brad should suck it up–that is all I am saying.”

Yao substantiated his claim by showing reporters a pirated Chinese CD of the mid-70’s girl group “Heart.”  The rock band’s name was translated as “Liver.” 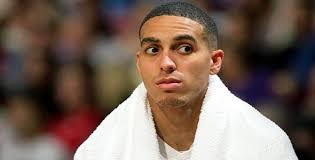 The charges are sure to divide a team desperately in need of unity.   Kevin Martin came to Miller’s defense and pledged to donate one of his livers to the Rockets big man.  When informed that the human body contains only one such organ, Martin rescinded his offer.  “I thought they were like kidneys–you know, everybody starts out with a pair.”

Adelman:  “Show some heart.  Or liver.  Even some spleen.”

Coach Rick Adelman suggested that Miller take time off to deal with his personal issues, and Yao seconded that notion.  “He should go to China where harvested body parts are plentiful.  He could get a liver for the price of Peking duck at a good restaurant.”