In December of 1938 a short, bespectacled young man of twenty-three persuaded a friend of a friend to arrange for him to meet Duke Ellington, the jazz pianist and composer whose orchestra was in Pittsburgh for a performance.  After hearing the young man–Billy Strayhorn–play a few songs on the piano, Ellington offered him an undefined job on indefinite terms.  “I don’t have any position for you,” Ellington said.  “You’ll do whatever you feel like doing.” 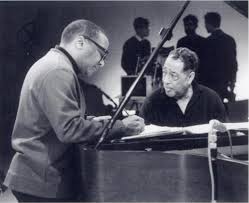 With no more assurance than that–no written contract or verbal agreement as to pay–Strayhorn moved to New York and joined Ellington as arranger, composer, sometimes pinch-hit pianist and songwriting partner.  Their relationship would continue for nearly three decades, an extended improvisation much like those they collaborated on. 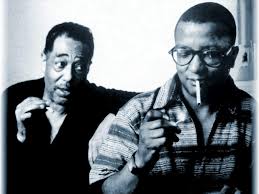 Strayhorn was a piano prodigy who worked odd jobs while still in grade school to buy a used upright piano.  His first love was classical music, but a combination of circumstances–there were few obvious ports of entry to European art music for a young black man in the thirties–and exposure to jazz pianists such as Teddy Wilson and Art Tatum persuaded him to put his skills to work in that vernacular idiom. 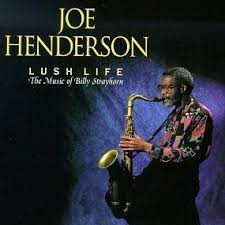 At his first meeting with Ellington Strayhorn probably played a tune that he then called “Life is Lonely,” but which we now know as “Lush Life.”  The song has been interpreted by hundreds of jazz singers (and butchered by more than a few), and it provides some perspective on the man whose characteristic mode was the lament; sad, poignant melodies over rich chord changes interpreted best by those masters of blue moods, Johnny Hodges on alto and Ben Webster on tenor.  Strayhorn began composing Lush Life when he was eighteen and finished it when he was twenty-one, and yet it tells a fatalistic, bitter tale of alcohol and fading youth that would seem more appropriate coming from a man four decades older. 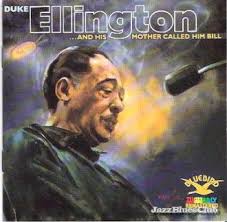 Strayhorn’s lifelong smoking and drinking probably contributed to the esophageal cancer from which he died on May 31, 1967, in the company of his partner, Bill Grove.  As he lay dying in the hospital he submitted his final composition–Blood Count–to Ellington, which can be found on Ellington’s memorial album for Strayhorn …And His Mother Called Him Bill. The song is, like Strayhorn’s life, a brief thing that reaches its own melancholy resolution, but leaves you wanting more.

One thought on “Billy Strayhorn: A Short, Gay and Lush Life of Beauty”