Ethical questions arise every day, everywhere, in every walk of life. Mr. Unethical untangled the following knotty problems of moral philosophy this week:

Recently we went away for the weekend to the Poconos and asked our neighbors’ kids to watch our pets, “Mimi,” a twelve-year old hamster who is suffering from gastrointestinal problems, and “Smudge,” a golden retriever puppy. I have made these names up to protect their true identities. 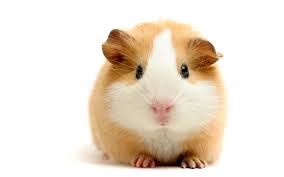 Because of Mimi’s illness, I had to speak directly to the parents, who are both doctors. Mimi is only supposed to eat Boston Bibb lettuce, and Smudge gets a cup of dry dog food twice a day. If a kid were to mix things up, Mimi could die! 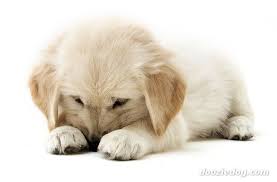 The parents said sure, that’s fine, we’ll take care of it ourselves. Mr. Unethical, that was such a load off my mind I can’t tell you!

Well, when we got back both animals were okay but the next day we get a bill in the mail from the parents–“For professional services rendered–$450″! We usually give the kids $5 for “pet duty,” but in no way, shape or form did we agree to pay the parents anything. Don’t tell me to call our HMO–I already did and they said it’s not covered.

As much as I sympathize with your plight, you did tell your neighbors that Mimi required special treatment. The bill does seem a trifle high, however. Why not split the difference and report them to your state licensing board for the unauthorized practice of veterinary medicine?

My husband “Earl” is real cheap–if I had known how bad I never would’ve married him. Last Saturday he took me out to dinner and a movie (I could count the number of years since that happened last–if I had a calculator). He wanted to get a hair cut first. I said sure, I figure anything to get out of the house on a Saturday night.

Well, he sits there and passes up one open chair after another until he gets the owner of the barber shop. It got so late we had to skip dinner and go straight to the movie, and all I had to eat that night was popcorn and a jumbo Pepsi. Later, when Earl started pestering me for you-know-what in bed, I said I didn’t feel well enough because my stomach was upset from just eating movie food.

He gets all pissy and I said “Well this woulda never happened if you hadn’t been so picky about your barber.” He said he waited until he got the owner because you don’t have to tip the owner of an establishment, just employees. I never heard of that rule, and suspect it is another example of Earl just being tight with money.

Your husband is correct, but only in a technical sense. An owner of a retail store is entitled to retain the after-tax profits of the enterprise, unlike employees who are paid a fixed wage or salary. The practice of tipping is a two-edged sword, however; it provides additional compensation to employees but also acknowledges personal service. If Earl’s usual tip is 15% (that’s my guess) he should tip the owner 7½%. Earl saved money on dinner, which may have been his plan from the outset.

Please settle a dispute for me. My boyfriend “Floyd” and I were recently playing the home game version of “That’s Unethical!” and “Floyd” had advanced to the spot on the board where you have to get the exact number on the dice to get into the little alley that takes you home for the win. Floyd needed two–he got snake-eyes.

Mr. Unethical, the rules clearly state that a double counts as twice the number shown on the dice. All night long we had played that way.

I said Floyd had to go past the entrance to the home stretch, and he disagreed. What was I supposed to do? I don’t want him breaking up with me. My sister Mary Helen is two years younger than me and she’s already engaged.

If you and Floyd had read the fine print on the inside of the game box lid, this argument could have been avoided. Rule 7(b) clearly states that a player may elect to forego the doubling of points when he/she throws a double provided he/she announces his/her choice before moving his/her game piece and as long as this does not permit him/her to avoid landing on the “You’re Unethical!” square.

I am a production supervisor at an extruded plastics company. I recently discovered that the owner’s son “Lyle” is taking liberties with one of the girls in the company cafeteria–I will call her “Judy.” She gets off at 3:15 once the kitchen is cleaned up, and he “conveniently” schedules deliveries around that time and takes her home.

Mr. Unethical, Judy barely makes the minimum wage, and “Lyle” is getting married in a month to a bitchy college girl named “Jill” who became a virgin shortly after she met him, if you know what I mean.

I feel Judy is being taken advantage of because when Lyle returns to the plant he still has the same boxes in his car! He never makes any deliveries, and he sure as hell never gives her anything for her extra-curricular activities.

Is there a government agency that will stand up for the rights of little people like Judy?

The days of the vigilantes are over, and you should confine your workplace efforts to tasks that are included in your job description. One’s perception of “loose” behavior in a fellow female employee is often nothing more than the reflection of an outmoded moral code on casual and friendly relations among co-workers. We have little enough romance in our lives, so we must embrace each opportunity that comes our way.

By the way, can you give me the address of your plant? I may need some extruded plastics soon.

Available in Kindle format as part of the collection “Take My Advice–I Wasn’t Using it Anyway” on amazon.com.

One thought on “That’s Unethical!”