The readers of this column have once again bombarded The Language Monitor with a veritable barrage of questions concerning the language which, with varying degrees of success, we read, write and speak.  Reprinted here is a sampling of some of the more interesting queries received recently. 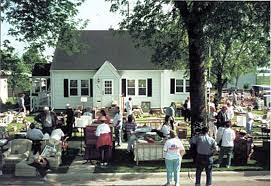 Q:        Whenever I bring something home from a tag sale my husband starts in with “Where’d you get that goo-gaw?” I don’t like the sound of that word and would like to know more about it. I suspect he is “ragging” me.

A:        The precise term is “gewgaw.” While it may have been derived from the French “joujou” meaning a toy or bauble, it may also stem from the Dutch “giegagen” meaning “to hee haw.” There is consequently some dispute among the authorities as to whether the word is to be understood as pejorative, and I cannot say with certainty whether your husband’s intent is to express affection or disapproval without observing him in the act of uttering the word, which I do not care to do.

Q:        I’d like to know who died and left you boss? Your answer to “Confused in Chillicothe MO” that you’re supposed to say “an history” because the English say it that way is downright un-American. Whoever heard of hitting “an home run”? If I told my wife I was going down to Frosty’s Barber Shop for “an hair cut” she’d think I was a cup and saucer short of a full place setting.  That sort of talk may sound fine to high-falutin’ types like you but the rest of us have to live in the “real world.”  You have insulted the intelligence of a good many people and ought to get down off your high horse and apologize.

A:        No offense intended, no apology extended. People like you must learn, Mr./Ms. Upset, that the pursuit of patriotism in the guise of linguistic purity is like the pursuit of a rabbit by a man in a greyhound suit–the quarry will not be caught and the garment will be rent by the chase.

Q:        A woman I work with is always going on about her daughter Lu Ann–her daughter is an expert water-skier, her daughter has a collection of antique thimbles, her daughter makes prize-winning congo bars, etc.  This girl is real “pretty”–pretty ugly and pretty apt to stay that way–and whenever I ask “When’s that daughter of yours going to get married?” she shuts up and says real stuffy-like “I am not at liberty to say.”  I’d like to know what the hell that’s supposed to mean.

A:        The phrase is intended to convey that one is not permitted to divulge that which one has been requested to, but I gather that in this instance it has been used to refer to an inhibition rather than a prohibition.  I would recommend that you direct further inquiry regarding this matter to an authority on etiquette, not language.

The Cisco Kid and Pancho

Q:        My 17 year-old daughter is forever confounding English and Spanish in a manner which I find to be both annoying and a bit flip. “I’m gonna take El Carro and drive to El Store-o,” she will say, or “My date last night was a real El Creepo.” I am not conversant with Spanish, but I feel quite certain that this mode of expression is improper English. I would be interested to hear your opinion of the matter.

A:        In my view steps toward international understanding should be welcomed whenever they are heard, and consequently I find your attitude towards your daughter’s refreshing mix of cognates xenophobic, to say the least.  If variety is truly the spice of life, then variety of expression must surely be one of its leading condiments.

Q:        My father-in-law is prone to lapse into a sort of pidgin English replete with “hot-cha-cha’s” and terms like “schnozzola” when talking to our five month-old son. What I want to know is whether this atrocious sort of slang is learned or transmitted by heredity, and, if the former, what can be done to halt its spread.

A:        The current view is that man’s capacity for slang is innate, and we suppress the tendency to use it at our peril. For a popular treatment of the somewhat recondite underpinnings of this thesis, see R. Beverly Rouchka’s “Our Slangy World.”

Q:        Recently I found the words “In hoc signo vinces” written on the back of one of my teen-aged son’s school notebooks. Does this have something to do with a cult and should I be worried?

A:        It depends. On the one hand, the phrase, which is Latin for “In this sign you will conquer,” was the motto of Constantine the Great and one of the more popular slogans of Christians of his era. On the other hand, it is also found on Pall Mall cigarette packages and may indicate a nascent fascination with smoking and its folkways. I suggest that you watch the boy closely–he may be headed for trouble, the priesthood or both. 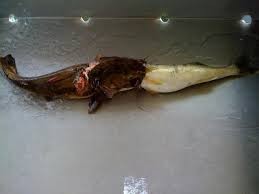 Q:        Please settle an argument for me. I say it’s incorrect to say “who all” as in “Who all’s gonna go with your Uncle Bud to Bull Shoals next week?” My husband thinks it’s okay and the other night he come out with the question above quoted in front of my parents and their friends when we substituted at their bridge club. Mr. Language Monitor, I was just mortified since this is a pretty respectable bunch of people with an osteopath, an insurance salesman and a realtor included. We read your column regularly and have agreed to abide by your decision.

A:        “Who all,” like “you all,” is a common redundant suffixal colloquialism and may be used without disadvantage in all but the most snobbish circles, even though it is not standard English. Your husband may begin to brood if asked to abandon this usage, and he will surely become a more self-conscious and unhappy person.

Q:        Last week my wife’s sister used the word “ormolou” in a Scrabble game. I asked her what it meant and she said it’s either a kind of cover you put on the arms of a chair or an Eskimo word for snow she don’t know which. This came at a crucial time and “iced” the game for her as they say.  Right after she wins she says she has to go take her baby sitter home so I didn’t make a big deal out of it, but now I can’t find the word in the dictionary. This woman took a vocabulary course a while back but I don’t think she knows more words than Mr. Webster.

A:        “Ormolou” is probably a misspelling of “ormolu,” a kind of gold leaf and not a furniture covering of the sort your sister-in-law probably has in mind, which is an antimacassar.  I cannot say for certain that there is no such Eskimo word, however, since there are more Eskimo words for snow than there are English words for sex and liquor combined. You people seem to be playing fast and loose with the rules of Scrabble, and I would suggest you stick to jotto.

Available in Kindle format on amazon.com as part of the collection “Take My Advice–I Wasn’t Using it Anyway.”

2 thoughts on “Ask the Language Monitor”