NEW YORK.  Kirstin Aylward has everything going for her; a great job at a Madison Avenue advertising agency, a body she keeps in trim by running five miles a day, and looks that turn the heads on the older men where she works and on the street.  There’s only one thing missing in her life, she confides to this reporter over brunch, and she knows who to blame.

So many women to ignore, so little time.

“It’s those damned metrosexuals,” she says, lowering her voice to a whisper so that unattached men nearby won’t hear her.  “I’m entitled to get married, and they won’t cooperate.” 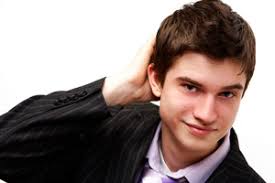 The term “metrosexual” refers to a heterosexual urban male who cares more about his appearance, lifestyle and leisure time than courtship leading to marriage with an eligible female.  Despite widespread acceptance of metrosexuality, members of the demographic say they face scorn and abuse from women of comparable age, who criticize them as self-centered and narcissistic.

“I was minding my own business drinking a Perrier because alcohol causes bags under my eyes,” says Jason Cline, a 27-year-old male sitting by himself at the bar, “when this absolute slut thrusts a Miller Lite beer in front of me, as if she owned me!” 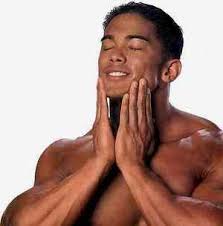 Laws discriminating against the group have been struck down by court decisions in many states, but prejudice against “out and proud” metrosexuals remains a problem in some regions of the country.  “We don’t want none of your Banana Republic-wearing, John-Luke Godard watching metrosexuals ’round here,” says Lee Wayne Goshen of Camdenton, Missouri.  “Why can’t they wear Husky Cut Levi’s and watch Swamp Thing movies like real men?”

Metrosexual marriage is legal in a number of states with cities whose populations exceed half a million, but Aylward says she is considering a move to a less populous area in order to find herself a mate.  “My biological clock is ticking,” she says, “and all they care about is whether it’s a Guess? or a Tag Heuer.”