Sunday morning, and I’m in Portage, Indiana, waiting for Ezra Pound to arrive at the George Ade Travel Plaza on the eastbound side of the Indiana Toll Road.  I’m here to drop off my extensive collection of Adeiana, if that’s a word.  I’ve bequeathed it to the State of Indiana in my will, but I don’t trust my wife to make good on my bequest.  She’d probably leave the several boxes it would fill out at the curb with a hand-lettered sign saying “Free to a good home containing an obscure humorist, like my late husband.”

Pound is here for another reason–to rehabilitate his reputation, which began its downward spiral after he was fired from his position as instructor of Romance Philology–whatever that is–at Wabash College for “moral turpitude.”  His defense–and I tend to believe him–was that he’d never met the little turp before in his life, and anyway she said she was 18. 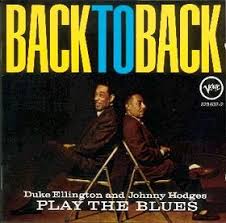 I’m listening to the melodic strains of “Wabash Blues” on my iPod–Duke Ellington and Johnny Hodges at their best if you ask me, and I know you didn’t–as I check out the brochures of the various local attractions.  There’s the annual “Festival of Flatness,” the celebration of the physical quality that Indiana is most famous for.  “Watch as donuts do not roll off your table–you’ll be amazed!” the text reads and I have to admit–flatness hasn’t appealed to me so much since I spotted Paula Oehrke across a crowded country club dance floor in fifth grade.

I spin the dial looking for “Back Home Again in Indiana,” the song that nearly drove William McKinley–my college jazz instructor–not the president, mad when he played piano in a pizza parlor in Indiana and patrons would ask him to play the unofficial state song over . . . and over . . . and over again.  “Hoagy Carmichael was born in Indiana,” he used to complain to me.  “Why can’t they ask me to play ‘Stardust’ or ‘Georgia on My Mind’?”

I hear a commotion up near the maitre’d’s stand and figure it must be Pound, a man like John Foster Dulles of whom Winston Churchill said he was a bull who carried his china shop around with him.

“Do you know who I am?” Pound is shouting, and I can see the flecks of spittle fly from where I sit.

“No I don’t,” the hostess says firmly, “but we don’t have a reservation under the name George Ade.”

“I can clear this up,” I say as I move swiftly to prevent the scene from escalating.  “That’s the nomme de plume I use whenever I’m in Indiana.”

“You need a permit to carry one of those in this state,” a beefy security guard says.  He’s been alerted by the panic button the hostess stomped on under the carpet beneath her podium-thingy.

“No, that’s my pen name,” I say.  “I do it in honor of George Ade, the funniest person from Indiana you’ve never heard of.”

“Never heard of him,” the guard says.

“Seems to be a lot of that going around,” Pound says out of the side of his mouth. 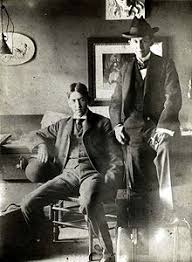 “See,” I say, “that’s the problem.  You’ve got a George Ade Rest Stop on the Indiana Toll Road that people just blow by without having any idea who he was.  I’ve named the State of Indiana in my will.”

“You have?” the receptionist asks, incredulous.

“You betcha,” I say in the folksy, home-spun dialect I grew up speaking two states over, and which I know will ingratiate me with my fellow midwesterners.

“I’m going to leave my entire Ade collection–23 volumes–to the people of this great state.” 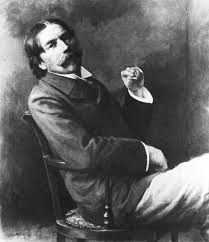 The guard looks at the hostess, and she looks back at him.  They’re arching their eyebrows at each other but because of the dolicho-blond genetic type (thanks for the handy racial classification, Professor Veblen!) that prevails throughout the midwest, their brows are too light for them to understand each other.

“Let me handle this,” I say as I grab Pound by the elbow and squire him towards my table.  He’s still fuming as I remove his cape and drape it over the back of his chair.

“I can’t believe she’s never heard of me,” he snaps in a fair imitation of the bowl of Rice Krispies at the next table over.

“It’s your own fault,” I say.  Tough love is the only way to go with these dead writers.

“You weren’t a good caretaker of your legacy.  Look at T.S. Eliot–he’s got a Broadway show going that will be in revivals until the Second Coming.”

“Wallace Stevens–he’s got those Emperor of Ice Cream Drive-Thru Snack Bars.  One of the most successful fast-food franchises in the frozen dessert space.  You–you’ve got nothing but virulent anti-Semitism and anti-Americanism.”

“Those broadcasts you made for Mussolini?  Remember?”

“Oh, those.  I’d always wanted to break into radio.”

“Should have tried out at the college radio station here.”

“I thought about that, but I was fascinated by Ultimate Frisbee–I didn’t have time for both.

“If you were living today, you’d get an invitation to read at Harvard, like Tom Paulin.  Back in your day, people took that kind of stuff seriously.  Now–not so much.”

“That sucks,” he says.  The waitress arrives and I point to the menu, which looks like one of those big laminated sheets that the opposing coaches will be holding up to their mouths next Sunday to conceal their obvious play-calling at the Super Bowl.

“I’ll have the Pigs in a Blanket,” Pound says.  “And no parsley–do you understand?”  The guy has his quirks.

“So what I’m thinking for you isn’t a total makeover,” I say when the waitress departs.  “More of a re-branding.”

“I’ve been dead for forty years.  I don’t know all the latest marketing jargon.”

“Think about the one thing people remember you for,” I say, lowering my voice.

“Pretty much.  You look at the syllabus for every Introduction to Poetry class in America today, it’s got your catchphrase in it.”

“Really?”  He seems to be appalled and flattered at the same time.

“If it doesn’t, some tweedy English professor will say it before the semester’s over.  And it’s yours!”

“So what does that get me?”

“The guy who does the Zippy the Pinhead strip?”

“That is sad.  That phrase–it has a continuous present tense about it that’s so . . . intriguing.”

“Not to mention the ironic self-doubt that is at the core of Griffith’s oeuvre.”

“That Mel Gibson thing you’ve got going on.”

“So why does Eliot get off the hook?” Pound says, leaning his elbows on the table in a sort of literati threat posture.  “He was anti-Semitic, and he renounced his citizenship.”

“Ahem?” I hem with an inquisitive tone, as I look down at his akimbo upper torso.

“Ezra, Ezra, strong and able, get your elbows off the table!” a little boy at the next table shouts.  I trade high-fives with the kid and return to my previous programming with Pound.

He looks out the window at the semi-trailer trucks whizzing by on the highway.  “Maybe you’re right,” he says.  “I’d hate to go down in history as just a talented crank.”

“It doesn’t seem to bother Paulin.  What you need is for some starlet to stand up for you, like Jodie Foster did for Gibson.”

“How about Virginia Woolf?” I suggest.

“But she wrote anti-Semitic stuff, too!”

“She gets a free space because she married one,” I say.  “She’s sort of a reverse Mrs. Jellyby.”

“The character in Dickens who loved humanity in general, but not people in particular.” 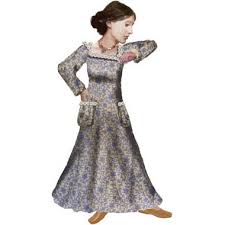 “Okay–I’ll call her up.  See if she’ll issue a statement to The New York Review of Books.”

“That’s a start, but I wouldn’t stop there.”

“Where else should we send it?”

“I dunno.  I’m thinking, like–Blood and Thunder, the Bible of Women’s Roller Derby.”

“Sounds good,” he says as his breakfast appears and he digs in.  In a few minutes his blood sugar is back up and he’s in a better mood as the waitress returns to ask if everything’s all right.

“Great,” the waitress says as she pours coffee refills.

“Say,” Pound says, “is there anyplace around here where a guy can get a little . . . moral turpitude?”

“That’s only during August,” she replies.

“The turpitude is on display at the 4-H pavilion during the county fair, right next to the rutabagas.”

Available in Kindle format on amazon.com as part of the collection “Dead Writers Make More Money.”

6 thoughts on “Me and Ezra Pound, Back Home Again in Indiana”