It was one of those early autumn days when the setting sun spreads a trail of gold over the surface of the Charles River like a streak of “I Can’t Believe It’s Not Butter!” on a murky brown morning glory muffin. Too bad it was the wrong time of day to get my blood sugar up. What I needed was a shot of rye whiskey to start my nightly slide into oblivion, to be completed in Bill’s Place, a down-at-the-heels drinking establishment voted “Boston’s Worst Bar” for three years running. I walked past it on my way home every night, and couldn’t resist the attraction.

I reached in my desk drawer and pulled out a “nip”-one of those little bottles of booze you see up by the cash register in a liquor store. I keep a supply of them on hand, camouflaged to look like Wite-Out, the leader in typewriter correction fluids. I know you’re not supposed to use it on a computer monitor screen, but sometimes in the morning I need something to block out all those pulsing pixels when my head is pounding from the night before.

I screwed off the top and was about to take a slug when who should appear at my door but Brownlow Thurston, III, known to all as “Bink.” Good old boy, Bink. He’s the guy who got me kicked downstairs to my office on the eighth floor with its commanding view of a parking garage when I confused the Rule Against Perpetuities with the Rule in Dumphor’s Case. They couldn’t fire me-my dad founded the firm of Slade, Groton & Welby back in the 50′s-but that was the last estate plan they ever let me touch. I still don’t see why it was such a big deal. By the time anybody noticed they were all dead.

So they made me pro bono czar, in charge of all the charity cases. As you can imagine, I don’t produce a lot of revenue with that kind of client list.

“Hello there Matt, how’s it going?” Bink asked in his best prep school manner. He had on a pink oxford cloth shirt, a maroon-and-blue striped bow tie, and a pair of pants that showed about three inches of sock at the ankle, just in case he spotted a snowy egret in a salt marsh when he got off the train in Pride’s Crossing after work.

“Fine, Bink, just fine.” That’s how we WASPs relate to each other-everything’s just fine, couldn’t be better. If they lock you away for securities fraud, you tell the family on your weekly phone call that the food’s great and you’re singing tenor in the D Block a cappella group.

I’ve heard that one before. Your old-line Boston Brahmin types like to squeeze their nickels until the buffalo become extinct, so they’re always coming up with some lame excuse why we should represent-for free–their old frat brother “Trip” or “Trey” after he gets caught taking short lobsters, or defrauding widows and orphans in some convoluted pyramid scheme.

“Bink,” I began, trying to reach the moral high ground before him, “pro bono legal services are for the truly needy, those who can’t afford to defend themselves against avaricious landlords, loan sharks and . . . .”

I was about to say “repo men” when I got my first look at my new client, and my tongue froze up faster than road kill raccoon on a New Hampshire state road in February.

“Matt, this is Delores Delfina.”

Ms. Delfina was pretty fina-looking. She had a nicely-turned ankle that slipped without spillage into her black pumps. Her skirt ended mid-calf, and flowed upwards over rolling hills of gluteus maximus to a wasp waist. From there you scaled the El Capitan of her rock-ribbed midsection, then went for a ride over hill and dale just below the forest line of a froofy lace blouse. After you climbed up her slender neck and reached her chin you saw the sweetest-looking kisser you’d ever seen, and I’ve seen a few.

“Hello, Mr. Slade,” she said, and the words blew breezily by my ears like a puff from a forbidden cigarette in our non-smoking office environment.

“Pleased to meet you,” I said, and for once I meant it.

“I’ll leave you two to business,” Bink said in his characteristically self-effacing manner. As far as I was concerned, he couldn’t have chosen a better time to efface himself.

“Please, call me Delores,” she interjected. Delores–it was an old-fashioned name, from the era of De Sotos, those curvy cars of the forties with the ample rear wheel wells, like a certain prospective pro bono case seated right in front of me. I snapped back to attention at the sound of her chewing gum, which popped as a bubble collapsed on her lips.

“I really shouldn’t,” she said as she cleared the smear of pink goo from her lips, and pocketed it in one of her cheeks.

“Please, don’t apologize,” I said. “We take our clients from all walks of life. Gum-chewing, gum-eschewing. Smoking or non-smoking, aisle or window, paper or plastic.”

“It’s a wonderful thing you do,” she said as she batted her eyes at me, knocking my native resistance off the left-field wall.

“I have a series of questions to ask to determine whether you are truly one of society’s neediest, or just some fly-by-night floozy who Bink is trying to slip past me in order to avoid sending you a bill,” I joked weakly.

“Oh, most certainly, I understand completely,” she said with a look of wide-eyed innocence. “Go ahead, shoot.”

“Okay, first, are you a person of limited means?”

“Um, yes, although in one sense I resemble an elite private university.”

38DDD and Harvard: Both are well-endowed.

She gave me a sly little smile as she said this. I allowed my eyes to range over her investment portfolio, and concluded that her assets exceeded her liabilities.

“Okay. Next, does your case involve activities that will improve the law, the legal system or the legal profession in a manner that will primarily benefit people of limited means?”

“Oh, I would hope so,” she said, re-arranging herself into a self-dramatic pose at the edge of her chair. “My struggle is that of every woman who’s ever been jilted, who’s ever been misled by an unscrupulous suitor, who’s ever . . .”

“Please,” she continued, “let me tell you my story.”

“My boyfriend, Carlos, we sometimes buy lottery tickets together. We agree, should we ever win, we will split the winnings.”

I knew what was coming next. “And he picked a winner?”

“How did you guess?”

“You get a sort of sixth sense about these things after a while. Go on . . .”

“Now he says he has a new girlfriend, one who does not love him for his money, as he claims I do.”

“Okay,” I said. “One last question, just so we don’t give away the candy store.”

“Where is this candy store you speak of?”

“That’s just an expression. Sometimes my partners try to do people favors for . . . ah . . . selfish reasons. ‘Describe any personal or family relationship you have with present or former employees of Slade, Groton & Welby’,” I said, reading from the firm’s pro bono intake form.

She hesitated for a moment, and I could see color flow into her cheeks, like the slow reddening of a lobster under a bed of seaweed at a New England clambake. “Well, Mr. Bink Thurston has been a great friend to me.”

For the first time since I’d laid eyes on her, my ears were my most attentive body part. “A friend–or more?”

Before I could say res ipsa loquitur she had thrown herself against me, and was excreting tears like a well-squeezed sponge.

“Mr. Slade–he is also–my employer. I am the nanny for the two children he had by Estelle Burden.”

“It’s all perfectly legal,” I heard Bink say in his fruity-toned voice over my shoulder. “I’ve filed federal information return Form 942 and paid Social Security and Medicare taxes on her wages.”

I turned and gave him my best steely gaze. “What’s legal isn’t necessarily right, Bink,” I said. “And if you’re such a ‘friend’ of Ms. Delfina, why don’t you just pay her enough so she doesn’t need free legal assistance.”

Bink laughed that mirthless little laugh that men in power are so often capable of. He had me and Delores right where he wanted us. “Matt, that’s a very noble suggestion, but we’re talking about my money, not yours. Perhaps this ‘pro bono czar’ thing has gone to your head.”

As my father once told me, you’ll never meet a cheaper man than one who’s inherited his money.

I looked at him, then at Delores. I had only one card to play, so I turned it over.

“Maybe you’re right, Bink,” I said. “Maybe if we win her case there’ll be plenty of money for Delores–and you.”

Nantucket Reds: If you ever see me wearing a pair of these, please shoot me.

This time it was Bink who turned a shade of burnished ocher that matched the Nantucket Reds he wore in the summer.

“Well, of course if I’ve been of any assistance to Delores, it is only because of the . . .”

“I know your game, Binkster. You keep your wives until they start getting crow’s feet, then you throw them over for the first pretty young thing who comes along, who usually happens to be a naive paralegal who works for you. Well listen up and listen good, pal. You can do that if you want, but you’re not going to do it on my pro bono nickel, see? You can pay full freight, just like every other well-heeled heel who walks in our doors.”

“Five hundred smackers per hour–and that’s just for the paralegals.” 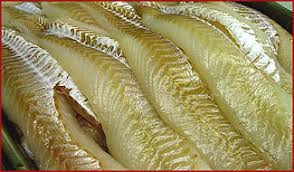 Scrod, the past tense of “screwed.”

“You know Delores,” he said after he’d recovered a bit, “not every legal wrong can be righted.”

“You do not think I have a case?” she asked with a tinge of disappointment.

“Not really,” he said as he took her by the arm and escorted her out of my office. “You see, under the Act of 1677 for the Prevention of Frauds and Perjuryes, there’s nothing we can do if you didn’t get your boyfriend’s promise in writing.” He fed her a bushel basket of b.s. as he led her down the hall to the reception area, where he shook her hand politely and ushered her into an elevator.

I called June, the woman I’ve been dating in a desultory fashion since the second Clinton administration, thinking maybe tonight’s the night I finally have a reason to walk past Bill’s Place with my head held high, on my way to something better.

“Hello?” she purred into the receiver.

“To put it mildly,” she replied.

“Listen,” I began, not knowing exactly what I was going to say until I said it. “Have you ever considered becoming a pro bono czarina?”

Available in print and Kindle format as part of the collection “Everyday Noir.”