In an old joke a woman complains to her psychiatrist that her husband is uncommunicative.

“He never talks to me!” she exclaims.

“Take him to a jazz club,” the shrink says.

“What good will that do?” the woman asks.

“Everybody talks during the bass solo.”

And so it goes for the guys who provide the bottom, the foundation from which jazz is built upwards.  They labor in obscurity, less heard than felt until everybody else takes a break, which the audience takes as a sign that nothing important is going on. 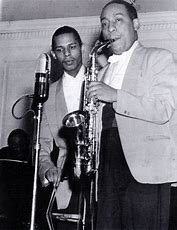 In many cases this is true; there are journeymen of the instrument who are mere timekeepers–literally; they also serve who merely stand and pluck, as John Milton might have said if he’d lived into the jazz age.  And until 1939 that was true generally, until Duke Ellington heard a young man named Jimmie Blanton playing with Fate Marable’s band at an after-hours joint known as “Club 49” in St. Louis. 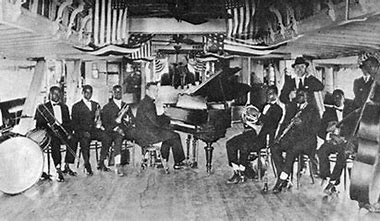 Ellington’s ear for prospective sidemen was keen; Blanton was unknown, and Ellington already had one and sometimes two bassists in his ensemble.  Blanton was different, however; he was academically trained, with two years of college at Tennessee State University behind him, and he had developed a pizzicato technique that had never been heard in jazz before.

Duke asked if he could sit in, and Marable–an old friend–said sure.  Without saying a word to Blanton, Ellington began to improvise and modulate through different keys.  Blanton didn’t miss a note, and when the two were done Marable–who had served as musical father to Louis Armstrong, among other jazz notables–said of the 18-year-old “How do you like my bass player?”  To which Ellington replied “He’s my bass player now.” 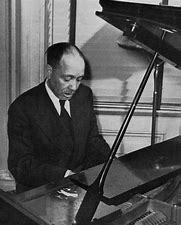 Blanton had limited big band experience, but Ellington didn’t care.  “We wanted . . . that sound, that beat, and those precision notes in the right places,” he wrote in Music is My Mistress.  Ellington talked Blanton into joining the band for a few numbers the next night, and would later write he “was a sensation, and that settled it.  We had to have him. . . although our bass man at the time was Billy Taylor, one of the ace foundation-and-beat men.”

Ellington’s offer of employment was accepted–the Duke paid royal family wages thanks to his broader media reach that exceeded what a regional bandleader such as Marable could offer.  So Ellington had two basses until one night in Boston when, in the middle of a gig, Taylor packed up his instrument, saying “I’m not going to stand up here next to that young boy playing all that bass and be embarrassed.”  There followed a burst of inspired creativity on the part of Ellington’s band that Blanton–a bassist, of all things–is generally credited with touching off.

Blanton, unlike the run-of-the-mill bassist, created solos that people sat silent to listen to and which Ellington, as was his style, wove into the fabric of his compositions instead of leaving them at the fringe.  Blanton’s work on Ko Ko, Jack the Bear and, most memorably to these ears, Pitter Panther Patter, was both useful and ornamental; it laid down the rhythm, but it was never satisfied with that utilitarian function.   He created melodies of his own, in some cases inspiring the Duke to go chasing after him, like two kids at play.

Blanton was a frail, other-worldly creature, thin and scholarly in appearance.  In one anecdote whose accuracy no one has questioned, one night on the road a woman called Blanton’s hotel room to suggest she might come up and see him if he wasn’t busy.  Blanton replied “Just a minute, I’ve got to finish what I’m doing,” then returned to his practice and forgot there was a woman waiting on the line.  She eventually gave up, and hung up.  As it turned out, Blanton’s fey disposition had a physical cause; he suffered from congenital tuberculosis, and was forced to leave the Ellington band only two years after joining it.

Ellington and bassist Ray Brown recorded a fine tribute to Blanton in 1973, This One’s for Blanton, which was reissued by the Musical Heritage Society in 1992.  It’s good, and Ray Brown had few equals among bassists of his generation–but it’s not the real thing.

Blanton was born October 5, 1918, in Chattanooga, Tennessee (not St. Louis, as is sometimes reported), and died in 1942 in Monravia, California, leaving a legacy you can hear in every bass solo played today–if everyone would just be quiet and listen.

Con Chapman is the author of “Rabbit’s Blues: The Life and Music of Johnny Hodges” (Oxford University Press), winner of the 2019 Book of the Year Award by Hot Club de France.