It’s Wednesday, “hump” day. You probably know the feeling I get at this point in the work week; you get up early every morning, day after day, go to work, tap on your keyboard, yell at people on the phone.  It’s tedious being a knowledge worker in a professional service firm, and you often find yourself staring off into the middle distance at noontime asking, “Is this all there is? What am I getting for all my effort? Where’s the payoff?” 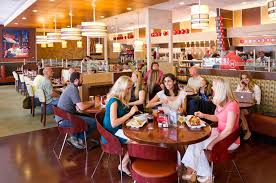 So after I paid for my caesar salad wrap and lemonade, I looked around for a seat and spied an attractive woman sitting by herself. I’m not going where you think. I’m a married man, and my firm’s Dignity in the Workplace policy forbids use of desktops for mid-afternoon extramarital affairs–it’s at Tab III, Rule 3.2(a). All I wanted to do was look–there’s nothing wrong with that, is there? As the old country song goes, “It don’t matter where you git your appetite, as long as you eat at home.”

Back when I was underemployed as a groundskeeper at a liberal arts college, my buddy Jim and I would often ruminate on the subject of men’s fantasies. “Do they have any idea,” he said one day as we sat in the cab of a truck and watched a female student walk by, “what we’re thinking?” Jim, a dead-ringer for Stevie Winwood with red hair and a quick smile, was a world-class horndog. “In your case,” I said, “I think they do, since you usually end up in bed with them.” 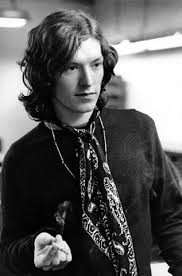 He looked at my glasses, my failed attempt to grow a beard, my complexion. “How about those Red Sox?” he’d ask on a glorious spring day, sparing me the heartbreak that a comparison of our respective love lives would bring.

But my lack of post-adolescent amatory success has never stood in the way of my fantasy life, so I picked a table halfway across the room with an unobstructed view of the woman, took my seat, and unwrapped my sandwich, looking forward to a little mental liaison, when from the other direction came–four female security guards.

“He’s at the salad bar–putting extra croutons on his Caesar.”

I don’t know what it is about women in police uniforms, but it always makes me feel as if Big Sister has arrived to start making men pay for all the mental fooling around we do. When they outlaw men’s fantasies, only outlaws will have fantasies about men. Or something like that.

Let me be clear that when I engage in imaginary sex with a woman I’ve never met it’s on the up and up.  I start off on the right foot with an imaginary phone conversation with my wife:

WIFE: You never call in the middle of the day–is something wrong?

WIFE: I’ve got that stationery party at Susan’s–I won’t be late.

ME: So–do you mind if I have imaginary sex with a woman who’s sitting across from me at the Soup ‘n Salad place?

ME: Of course not!  That’s the whole point!

WIFE: And you won’t spend any of our money on her?

ME: Are you kidding? I don’t even buy you flowers unless you’re mad at me.

WIFE: Oh–would you mind picking up some cat food after work?

ME: Sure, no problem.

WIFE: The low-cal kind in the turquoise bag. Kitzi’s gut is starting to drag the ground again.

WIFE: Love you, too. 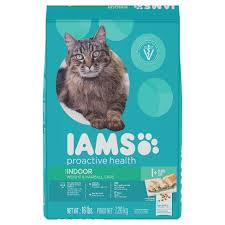 Once I have my wife’s imaginary consent, I’m a perfect gentleman with my paramour. I break the ice with an imaginary witty remark, ask her if she’d like to have an imaginary dinner, she shyly says yes and we have a great time together in a quiet restaurant. All of this can be done in about three seconds.

“We’ve got him: he re-filled his large drink cup–without paying!”

Then comes after-dinner drinks, imaginary sex, the morning after when you have your first breakfast and then spend the day together. Total time so far: fifteen seconds.

I always make sure I break things off properly but sensitively before returning from the world of my imagination, which is not the one Barney the Purple Dinosaur inhabits. First we fight, things go from bad to worse, we drift apart, then we decide to stop seeing each other. We look into each other’s eyes one last time and realize that the thirty seconds we had together was really, really special . . . but it’s over.

“Why can’t you think about hockey?  The Bruins won last night!”

But the sight of four women with guns on their belts puts the kibosh on the whole affair, no matter how innocent it might have been. They know what I’m thinking–why else would they be laughing? And they know that all they have to do to keep me from taking that first mental step that would bring such happiness into two lonely lives is just sit there.

Jackie DeShannon:  “There’s no free refills on the sooo-da!”