It isn’t often I sell a piece of fiction; in the twenty-five years since I started to write in earnest, more often than the Boston Bruins have won the Stanley Cup (1) but less often than the New England Patriots have won the Super Bowl (6).  So I’m neck-and-neck with the Red Sox, who’ve won the World Series four times during that period–except that a publication that bought one of my pieces decided not to run it and sent me a “kill” fee for my trouble.  Sort of like a death in the family, with a mail-in rebate.

“He sold a short story!”

When you sell fiction to a general circulation magazine, you may be–as I was–surprised to receive a phone call from a person whose job title is “fact checker.”  High-quality publications are known for their commitment to accuracy, and as a result I spent several hours talking to and e-mailing back-and-forth with an earnest young woman who asked me questions like “Is that really what the label on the shampoo bottle said?  Can you make me a copy for the file?”  Of course I can, I replied, then proceeded to wreck the copy machine at my office trying to push a shampoo bottle through the automatic feed.

After your initial instinct to cooperate has petered out, of course, a fact checker’s questions begin to seem somehow–inapt.  You sent the story in as fiction; if it was all factual, you would have labeled it as non-fiction.  What is it about the non-non-fiction aspect of fiction that you don’t get, you want to scream.

In this, as in so many aspects of life, it helps to Be Prepared, as we former Boy Scouts like to say.  After I’ve struggled over a short story, done a spell check, let it percolate for a day or two and then revisited it for tone, mood, setting and plot–I do some basic fact-checking spade work so I won’t be embarrassed when a former English major from Swarthmore who now occupies a low pay/high prestige position as fact-checker gets his/her hands on it.

“Get in here,” I call out to my characters, who can usually be found out on the back patio drinking the fictional beer that my son says isn’t his that I found in the basement.

“It’s a sunny day,” says the unnamed omniscient narrator who sounds a lot like me and figures prominently in so many of my unsold works.  “Can’t we do this out here?” 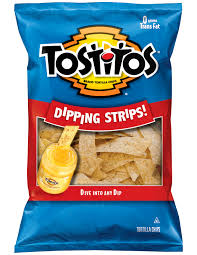 “Fine,” I say, and grab a Rolling Rock beer from my own stash–not the contraband Bud Light that I’ve seized for illegal importation by a minor–along with a bag of Tostitos Dipping Strips, the unique combination of great taste, great crunch and good fun rolled into a gluten-free chip!

I pop the ill-fitting screen door that leads to the patio where I see Mr. Omniscient, two women and another guy, all characters in my story “God I Was in Love With That Girl,” a tale of rueful regret that I stewed over for three decades before finally sweating it out of my system.  I took a much-needed break from the four of them when I was done, but we’ve put off our little tete a tete long enough.

Kathleen is the more attractive of the two women–a Jackie Kennedy look-alike who’s engaged to the Other Guy, and thinks the world of him.  Dianne is the woman who’s dating Mr. Omniscient, who is of course a stand-in for me.  We know our relationship is going nowhere, but we’re happy for Kathleen, whose first husband was a successful stockbroker who sucked all his pay up his nose, even if we don’t know much about the Other Guy.

“I suppose you’re all wondering why I brought you together today,” I say in my best Assistant Principal Asking the Responsible Student Council Kids for Help in Stopping the Food Fights in the Cafeteria voice.

“Is Bud Light all you’ve got?” the Other Guy asks, and not too cordially I might add.

“You’re fictional characters, and my kid says the beer isn’t his, which is pure fiction.  Enjoy.”

Other Guy grumbles a bit, but he’s in no position to argue.  I’ve got a wastebasket in the den that would fit him quite nicely if I decide to write him out of the story.

“This shouldn’t take long, I just need to ask all of you a few questions to make sure I’ve got the facts straight.” 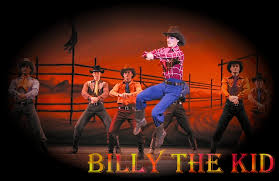 “Billy the Kid” by Aaron Copland and Eugene Loring:  As Mark Twain might say, not as bad as it looks and sounds.

“Bo-ring,” Dianne mutters under her breath.  It must have been pure animal magnetism that brought us together, we decided at one point, because we had so little in common.  I was the would-be aesthete, she was the party girl.  I took her to the ballet one time–Aaron Copland’s “Billy the Kid,” choreography by Eugene Loring–and afterwards she made me promise I’d never force her to sit through such a hellish night of torture again.

“Kathleen, you used to refer to Dianne’s rye bread and spinach dip hors d’oeuvre as . . . ”

“Beaver Log,” Kathleen says as she checks her phone.  Probably wants to see what my other fictional characters are doing later.

“Those plastic lids that go on take-out coffee cups.”

“Oops, my bad.  I put down plastic coffee stir sticks.”

Di draws herself up a bit, but umbrage ill becomes her; when you’re nouveau riche, it doesn’t matter where your money came from.

“What?” Kathleen says with a steely glare, but I get the sense it’s more a place-holder than genuine outrage.  She wants a weekend on Nantucket, maybe a David Yurman bracelet, and she’ll keep the heat on until she gets it.

“Sweetie,” the Other Guy says, “I didn’t live in a monastery before we met.”

“I know you were with other women, but I would hope for your sake and mine that you wouldn’t be so foolish as to fall in love with one.”

Other Guy sulks a bit, so I rescue him by resuming my line of questioning.  “She was from Kansas City, right?”

“Right,” he says.  I can tell he doesn’t want to get in any more trouble, so I move on to Mr. Omniscient, which is a little like talking to myself.

“You–you just stand over in a corner, keep to yourself and drink.  What are you having?”

Omni says nothing at first.  He–I–used to drink too much, especially at parties because I’m no good at small talk. 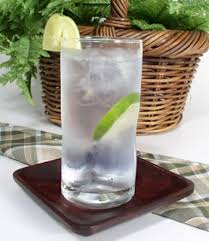 “And you wonder why your lids stick to your eyeballs in the morning,” I say.  “I’ll put down six.”

He snorts as if to disagree with me, but he says nothing.  Nailed that one I guess.  “Say,” I say, trying to bring him around in case I need to probe a bit deeper.  “A friend taught me a great way to keep track.”

“You leave your limes in your glass when you get a refill, and keep track of how many drinks you’ve had by the number of limes in it.” 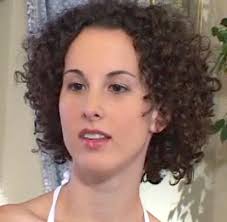 “You’re assuming he can count that high when he’s drunk,” Dianne says.  My longest-lasting Jewish girlfriend, her rule of thumb was there’s always too much food and not enough booze at Jewish parties, and too much booze and not enough food when the goyim are in charge.

“Di–please,” I say, remonstrating.  “I’m much better now that I’ve got a family.”

” . . . and a big house in the suburbs, and a Black & Decker Remonstrator,” she says, with more than a touch of bitterness.

I look into her big, brown fictional eyes–I step back and take in that mop of brown curly hair that I fell for like a ton of bricks–and remember what we had thirty years ago.

“Di . . .” I say, and there’s enough emotion in my voice that the other three get up and reveal a sudden interest in the rhododendrons on the other side of the house.

“Yes?” she says, a look of hurt in her eyes.  I can tell there’s still something there–something that makes her want to jump off the printed page and into my arms, one last time.

“We’ll always have the rejection letter from The Paris Review.”