This is a poem about a cat named “Mike,”
a name for a cat that I rather like.
Not Mitzy, or Kitzi, or Bitsy, or Ditsy,
Mike’s a guy, and his name quite fitzies.
He doesn’t go for the cutesy-wootsy,
Although his feet look like little bootsies. 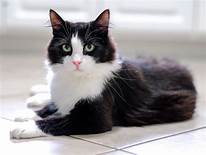 He wears a tuxedo, as he roams around,
his aging belly slung low to the ground.
His eyesight is fading, far as I can tell,
so the birds don’t worry that he wears no bell.
He makes his rounds like a cop on his beat,
moving silently, slowly, on little cat feet. 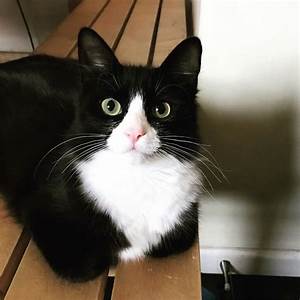 We try to persuade him to join us for lunch,
he demurs and moves on, but thanks us a bunch.
He’s got things to do, places to go,
he’s a busy feline, surely that you must know!
He’s the cock of the walk in our condo complex,
he monitors every construction project. 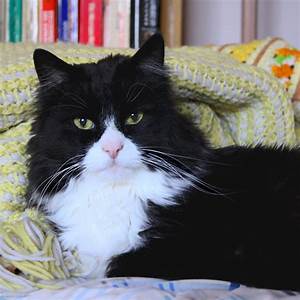 He’s up quite early, and stays out late,
I don’t know that there’s any gal that he dates.
He plays the fields, by which we’re surrounded,
he gets quite jumpy when by dogs he is hounded.
If he were a human he’d be way down south,
instead he walks round, with mice in his mouth. 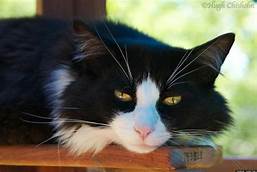 He’s quite self-sufficient, which can be a vice,
he rejects entreaties if you try to be nice.
He doesn’t need charity, thinks you’re a dunce,
for trying to get him to sit with you once.
No, Mike is quite the independent guy,
I know ‘cause I failed the time that I tried.

One thought on “Mike the Cat”