BEVERLY, Mass. Todd Schrafnel has always had trouble relating to people, a problem his parents chalked up to overexposure to board games as a child. “We’d play Monopoly and Clue and Candyland all weekend long,” his mother Shirley says. “I thought it was something he’d get over once he discovered girls.” 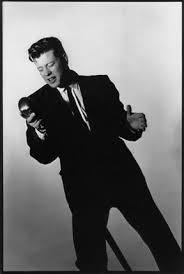 “You sure look stupid in that hat!”

But Todd’s personality became more understandable when he was diagnosed with Asperger’s Syndrome, the now-abandoned name for a disorder characterized by an inability to engage in normal social interaction that sometimes manifests itself in indiscreet appraisals of others’ appearance. “Where a normal person might lie and say ‘You’re looking great!’ to someone they haven’t seen for awhile, an Asperger victim could say something like ‘There’s a hair growing out of the wart on your chin,’” says Dr. Harris Kolb, who has written extensively on the subject. 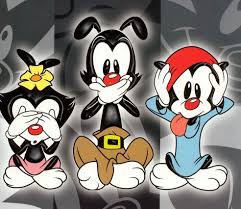 Animaniacs: Seriously, that’s where I heard it first.

With a monomaniacal tendency to focus on others’ physical shortcomings Todd had a hard time formulating career plans until a chance comment on the cartoon series “Animaniacs” caused him to see things in a new light. “They quoted the saying ‘What is too stupid to be said is sung,’” he recalls, referring to the epigram of Pierre de Beaumarchais that is typically misattributed to Voltaire. “I knew then I could conceal my handicap by becoming a singer.” 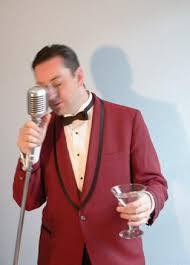 “I see your face through a mist–is that a sebaceous cyst?”

And so Todd is taking the stage tonight here at Lenny’s by the Sea, a jazz club with a house band that will back him in swing-era arrangements of songs he’s composed out of remarks he’s made–or almost made–to friends, acquaintances and total strangers. “It’s unique, I’ll say that,” notes Lenny DiStefano, owner of the establishment. “Usually it’s the audience who insults the performers.”

The occasion is the CD release party of Todd’s “Asperger’s Jazz,” a toe-tapping introduction to his unique way of seeing the world that some are calling the “next big thing” after flarf poetry, Lady Gaga and KFC’s Popcorn Chicken. “Jazz could use a goosing up,” says DiStefano. “Or course the way Todd gooses people that might be a problem.”

Todd bounds onto the stage with a burst of energy and launches into “What is the Deal With Your Hair?” a comment he made to a woman on a first date that ensured that there would never be a second one.

“What is the deal with your hair?” he sings.
“It’s over here and over there–
It’s piled on top–looks like a mop.
I hope you didn’t tip your stylist.”

Like many people with Asperger’s, Todd’s interests are repetitive and abnormally focused, and his songs show it as they return again and again to the theme of his lover’s appearance from the neck up. “Thank you,” he says as he receives a polite round of applause after his opening number. “Now here’s a little something I call ‘What is That Thing on Your Head?’”

“What is that thing on your head,” he intones after an eight-bar vamp.
“It could be alive, it could be dead–
Some kind of pest–has made a nest–
Up on your head it takes a rest.”

Not everyone is sympathetic or amused by Todd’s efforts, however, and the male half of one couple sitting down front begins to boo, saying he doesn’t want to hear his least flattering features turned into a lyric. “I’m starting a new organization–AAA,” he says in a heckler-level voice. What, this reporter asks, does that stand for?

“Aspergers Are A__holes,” he says, using a crude epithet for a bodily orifice that can’t be spelled out on a family website. “If I want that kind of abuse, I’d go back to my ex-wife.”