BROOKLINE, Mass.  It’s been almost a year since Lisa Pepperidge went out to dinner, and the pent-up energy to “put on nice clothes and get out of the kitchen,” as she put it, broke last night.   “Restaurants aren’t limited to take-out anymore,” she says.  “I told my husband Ed we could eat out, or he could sleep on the couch.”

With that ultimatum the distaff half of the couple drew a line in the sand that her spouse dared not cross, and the two ended up at the Flowers, an intimate cafe that seats forty in a fading arcade that was once a prime  collection of shops before malls attracted upscale customers to the suburbs. 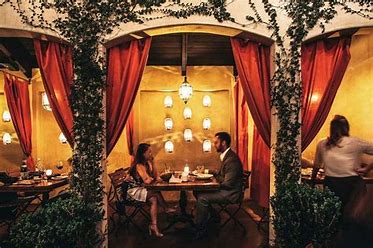 “I’m going to try the hay and clover salad–how about you?”

The only problem, maitre d’ Gaston Bechalard tells the Pepperidges, is that the restaurant isn’t big enough to fully comply with Massachusetts “social distancing” requirements in the second phase of the state’s plan to allow retailers to open in a responsible manner.  “I have a quiet little table for two over in the corner if you’re willing to accept . . . special accommodations,” he says, leaving it up to them.

“What does that mean?” Lisa asks.

“You will eat in the same level of luxury as, how you say, your Triple Crown winners,” the French immigrant tells them. 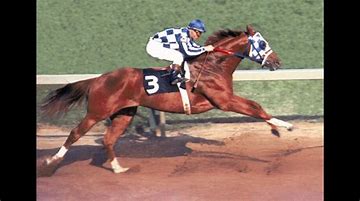 The couple is escorted to the table by a hostess and, after their water glasses are filled and drink orders recorded, a server brings a tray bearing fabric bags to their table.

“Tonight we are offering alfalfa, sweet clover and tufted vetch,” he says as he displays the evening’s selection of pasture legumes. 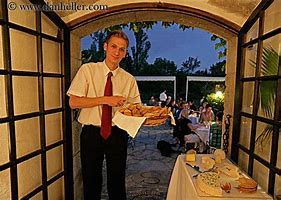 The couple exchange glances then, with a “when in Rome” shrug of the shoulders, tie on feedbags and munch on prime vegetation that would be to die for, if only they were cows.

“It was one of the more amusing amuse-bouches (literally, “mouth entertainments”) we’ve ever experienced,” Lisa says as she dabs at her lips.  “Maybe I’ve lowered my standards after having been in lockdown since March, but that lespedeza”–a common forage crop–“really hit the spot.” 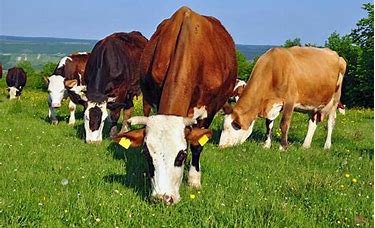 “I’ll have what she’s having.”

Feedbags–once found only in agricultural regions of the country–are making inroads at finer dining establishments in urban areas as restaurateurs seek creative ways to maintain their revenues in the face of stringent limits on seating capacity.  “They say if we can’t enforce space requirements between tables, we can only use 25% of our seats,” says Mike Tweinz, who owns a prime steakhouse along Route 128, which rings the city of Boston.  “When I checked the regulations it said you don’t have to social distance if you wear a mask, so the proverbial light bulb went on over my head–although it was tasteful, indirect lighting, so it went with the relaxed ambiance we try to create.” 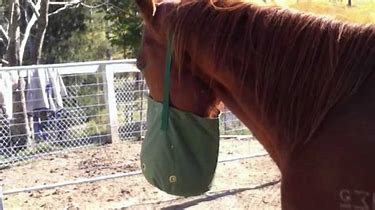 A “feedbag” is a bag that holds feed and is strapped around the neck of a horse or other animal that lacks opposable thumbs, and thus has limited prehensile abilities.   “It’s convenient, I don’t know why humans haven’t tried it in the past,” says Feeling Lucky, a two-year-old mare who hopes to run in next spring’s Kentucky Derby.  “Once you experience how convenient it is, you’ll never go back to knife and fork.”

Home feedbags are more common, as the social embarrassment of eating like a horse is reduced when one’s only table-mate is a family member.  “Ed  doesn’t like to hear me vent about my day anyway,” says Norma Kaukonen, a retired schoolteacher, as she watches her husband tuck into a bag filled with American chop suey.  “And I sure as hell don’t want to listen to his one-man sports talk radio station.”