As I prepare for my descent into the soft landing of retirement and review the things I want to do with the last (if I’m lucky) two decades of my life, conventional goals such as golf, fishing, sports cars, and bimbo mistresses all fade when compared to my long and truest love–music. 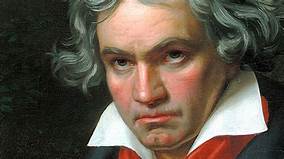 I have only rudimentary instrumental skills, but I’m working on that.  After years of assiduously neglecting practice with the disdain of Allen Iverson–who responded to a reporter’s suggestion that he missed too many practices with a classic (and justified rant)–I have firmly resolved with the help of God’s grace (as the Catholic Act of Contrition goes) to practice more and to avoid the near occasions of sin.  That get in the way of practice. 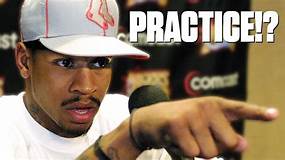 I took a year of music theory in college and got straight As, but I’ve never done anything with it.  Every now and then I come up with a melody that I get down on paper, but I’m regularly haunted by the feeling that what I’ve written is . . . shallow.  Vapid.  Jejune.  I’d go on to say “meretricious” but I think you get my point without my having to dip into the well-worn copy of “30 Days to a More Powerful Vocabulary” that I inherited from my dad.

No, when I listen to even the lightest air by Beethoven, or a simple rag by Scott Joplin, what I produce seems pale by comparison; not even good Tin Pan Alley, more like “Hey, Hey, We’re the Monkees” or a similar mass-production work whose only raison d’etre is its commercial appeal.  I’ve realized that if I’m ever going to wrestle with the Gods, as the music of those two composers does, I’m going to have to get serious–and contract syphilis. 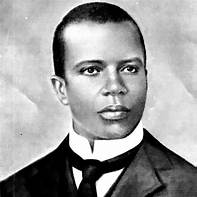 You may laugh–or cringe–but it’s apparently true.  After noticing that both Beethoven and Joplin were afflicted with syphilis, I decided to see if there were other composers who suffered/benefitted from the ravages of Treponema pallidum.  I discovered, to my surprise, that the list of notable composers with the disease reads like the Murderer’s Row lineup of the 1927 New York Yankees.

There was Mozart, Schubert, Schumann, Ravel, and Paganini.  There’s Hugo Wolf, who I’ve never heard of, but maybe you have.  There’s Benjamin Britten, although Jonathan Noble, a fellow of the British Royal College of Surgeons, has come to his defense, saying his heart-valve problem was not related to syphilis.  Leading one to ask, if Britten didn’t have syphilis, should we think less of his music?

The audience for classical music has been shrinking for years, and one only has to sample the works of thoroughly modern composers to know why.  While it is uniformly complex, little of it is beautiful; beauty, it seems, is now considered beside the point in works written for highbrow audiences.  A friend of mine who is a successful modern composer (which is a bit like being the tallest building in Manhattan, Kansas) every now and then turns out a pretty melody.  I once complimented him on one that I recalled from a concert years before in the hope that he’d stop with the off-like-a-scalded cat introductions, fingernails-on-the-blackboard harmonies, and the slam-the-door conclusions.  “Oh, that little thing?” he said.  “I’m surprised you even remembered it.”  I remembered it because it was memorable, in the way that much of his other work is not.

The decline of classical music has followed a path parallel to the decline of syphilis.  In the days before antibiotics, syphilis was common; the number of those with the disease had dropped to under 1% in most populations before 1960, while it was estimated to infect approximately 8% of both sexes in the 18th century, and continued to be common in the 19th century.  Beethoven was born in 1770 and died in 1827.  Joplin was born in 1868 and died in 1917.  ‘Nuff said.

For the budding composer, the current scarcity of syphilis is a problem.  Assuming that one can avoid moral busybodies who make syphilis so hard to contract by rigorous enforcement of anti-prostitution laws, there is the embarrassment factor.  You can imagine how inquiries into the subject would not be welcome at your local upscale watering hole:

Suburban dad #1:  Sorry to hear that you and Meg are getting divorced.

Suburban dad #2:  Yeah, the kids are grown, so we just decided to go in different directions.

“What the hell kind of question is that?”

SD#2:  Sure, I met her at your Christmas party last year.  Great gal.

SD#1:  Thanks.  Don’t know if you heard, but she lost her husband a few months ago.

SD#1:  Completely out of the blue.  Guy was in great shape–marathoner.

SD#2: Does she have syphilis?