KANKAKEE, Illinois.  Caitlin Mergen was having a good summer until she over-imbibed on “hard seltzer” and vomited on the seats of her mother’s brand-new Buick Enclave.  “It was my first night out after getting my driver’s license,” she says ruefully.  “Of course I was going to get drunk.”

That offense caused her parents to “ground” her until Labor Day, and she spent the first few weeks of her incarceration lying on her bed among the stuffed animals of her childhood.  “It was tough,” she says.  “Then I found out about ‘Exiles and Prisoners,'” a literary journal for high school students with time to try their hands at creative writing while they are being punished for misbehavior.

“Some of the great works of Western literature have been written by prisoners,” says Emily Janeke of South Central Illinois University, where she is head of the low-residency master of fine arts in creative writing program.  “Don Quixote, De Profundis by Oscar Wilde, Jean Genet,” she says ticking off a partial list from memory.  “Kids who are forced to stay home and watch TV with their parents can relate.” Mergen’s first published short story–“My Parents Are So Lame”–appeared in the August edition, and Janeke has encouraged the young woman to submit it instead of a typical college application essay.  “It is a searing cri du coeur,” she says.  “Caitlin will not taste a Starbucks Frappuccino until sometime in September, so you can’t dismiss her pain as just artistic vapors.”

The “exiles” referred to in the magazine’s title are those who, like Evan Grimstead, are banned until Labor Day from this town’s municipal swimming pool for violations of its strict safety code.  “What I did wasn’t unsafe,” Grimstead says.  “I went off the high dive and landed on Timmy Wells, which was no big deal because I did a can opener,” he explains with repressed fury.  “If I’d done a cannonball, on the other hand, I woulda destroyed him.”

Grimstead has channeled his rage into a poem that he offers to recite for this writer:

I don’t like your stupid rules
about not running and similar stuff.
This isn’t like school,
summer’s supposed to be fun, not tough.
I want a refund of my season pass,
If I don’t get it I’ll kick your ass.

Janeke sought the opinion of a second editor, who agreed that while it came close to going over the line, it was important to give young writers the freedom to offend if they were to grow as artists.  “We have to be careful not to piss off our conservative trustees,” says Janeke.  “I’d hate to have them pull the $200 in annual funding they so generously provide,” she adds with a noticeable smirk. 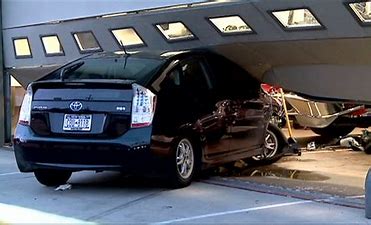 And what do the journal’s readers think about its edgy content?  “No comment,” says Emily Werther, who is sitting nervously in her parents’ screened-in porch while she awaits the verdict of her father, who is surveying the damage she caused to a garage door when she didn’t stop in time after returning from a shopping excursion.  “Compared to what their writers did, I’ll be lucky if ever get out of the house again.”