Saturday night found us–we hadn’t been missing that long–with our friends Ted and Sally at Nourriture, which is French for “food.”  Tres simple! as we used to say in Madame Clooney’s 10th grade classe de Francais when we wanted to show off our knowledge of cognates.

After we were seated the water boy came by and asked if we wanted still or sparkling, then a comely young woman named Claire stopped tableside to say she’d be taking care of us tonight.  If only, I thought to myself as I shot a glance at Ted.

“First I must ask if anyone has any allergies,” she asked with a hint of chagrin, sprinkled with cumin and cardamom.  “It is, you know, ‘the law,'” she said, making little air quotes.

That’s what makes the Commonwealth (not a state–please!) of Massachusetts such a great place to live.  Founded by nay-saying Puritan divines, we’ve got laws for everything, and some for nothing at all.

Claire surveyed our faces and with that semi-apologetic air that comes over Presbyterians whenever they cause the least inconvenience, my wife spoke first.

“I’m allergic to some of my husband’s jazz,” she said, almost sheepishly.

“It’s strange,” my wife said, “but I have a particularly strong reaction to jazz violin–which he loves.”  I patted her hand to re-assure her that, despite our differences, my love for her was unlimited.  Up to a point.

“But you like classical violin, don’t you?” Sally said, and she was right.  Check her Pandora settings and you’ll find “Violin, classical, heavy on the schmaltz.”

“I do, but jazz violin–it’s so hectic and scritchy-scratchy.  It drives me nuts.”

“Even Stephane Grappelli,” I said, shaking my head.  “And don’t get her started about Stuff Smith.”

“Oh God,” my wife groaned.  “Just the mention of his name makes me want to cover my ears.”

Claire made a little moue with her mouth–what other facial feature was she going to make it with?  “That’s too bad,” she said as she jotted something on her little pad.  “And you madame?” she asked, turning to Sally.

“I’m allergic to guys yammering about football as if everyone cared,” she said.  I looked around quickly and saw there was only one television in the place, and it was over the bar in a spot where Sally couldn’t see it without turning around.  So we were probably in the clear on that one.

“Is it . . . just on TV, or do live human beings have the same effect on you?” Claire asked in a deadpan, just-the-facts-ma’am tone, like Sgt. Joe Friday’s sidekick Harry Morgan in Dragnet. 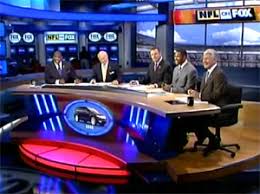 “I think the team that scores the most points is gonna win!”

“Both,” Sally said.  “Although the ones on television seem to have no necks, while the ones around here”–she turned to look at her husband, then me, then around the room generally–“they all seem to have body parts that connect their heads to their torsos.  Why is that?” 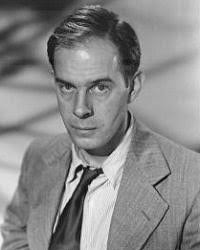 “Do you have the same reaction to pre-season games?”

“It’s because the ones you see on TV played football too long, and they have no necks left from ramming their heads into each other,” Ted said.  “Guys like us got out while the getting was good,” he added, and I nodded in agreement.  As I often say, the three happiest days of my life were my wedding day, the day I got out of the University of Chicago, and the day I quit high school football.

“I’m very allergic to decorating magazines,” he said, and I could tell by the look that passed over his face–like the shadow of a storm cloud on a sunny day–that his pain was real.

“Ted,” Sally said with genuine concern in her voice.  “Why didn’t you tell me?”

“It was only recently that I hit my saturation level,” he said.

“Like the point where Stevie Wonder and I had both smoked so much pot that the THC in our systems turned us paranoid?” I asked.

“Maybe,” Ted said.  “I mean, we get Southern Living and New England Home.”

“That’s why we fought the Civil War,” I said to Sally.  “To preserve this great nation of ours.”

“We get House Beautiful and Beautiful Home,” Ted said.

“Almost a decorating palindrome,” I said. 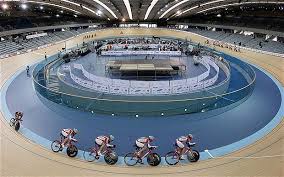 “What’s an arena for bicycle racing have to do with interior decorating?” my wife asked.

“You’re thinking of a velodrome,” Ted said.  “A palindrome is a combination of words that reads the same forwards and backwards, like ‘A man, a plan, a canal–Panama!'”

“But yesterday,” Ted said, then paused for a moment as if the difficulty of what he was about to say took the air out of his lungs.  “I saw a copy of Vestibule magazine on the coffee table.”

“It doesn’t matter, it was the tipping point for me,” Ted said, color rushing into his cheeks.  “What’s next–Den Magazine?  Foyer Magazine?  Sears Tool Shed Magazine.”

Claire waited a second for that storm to pass.  “Et vous?” she asked, turning to me.

I swallowed, and hard.  When one suffers from a crippling disability, it isn’t easy to admit it publicly.  “I,” I began, but stopped, all choked up.

We really have one.

“Yes?” my wife said, her eyes little pools of sympathy.

You could have heard a breadstick hit the richly-carpeted floor of the little boit de nuite (literally: “box of night”).

“Sweetie,” my wife said, her face a map of anguish.  “Why didn’t you say something?”

“Because,” and here I was gasping for breath, “I know how much the little princess in you loves British royalty.  I’ve overcome my deep aversion to landed gentry and upper-class British twits and learned to live with you and your Lady Di-Prince Charles fruitcake tin, but . . . it’s hard.”

“Isn’t there something you can take for it?” Sally asked.  She’s a doctor, and thinks that Western medicine has a cure for everything.

“There’s no drug strong enough to counter-act the pervasive Anglophilia around here,” I said.  I tried not to be curt, but people have no idea what I go through every day.  “Channel 2”–our award-winning public TV station–“would have nothing but dead air to broadcast if it weren’t for tepid British dramas.”

“They never show any sports, that’s for sure,” Ted said.

“And if they did, it would be cricket,” I said.  There was a lump in my throat, and you could hear it in my voice.  “We fought a freaking war to rid ourselves of the dead hand of Albion . . .”

“A poetic name for England, much used by William Blake.”

“I thought he was one of your jazz violists,” my wife said.

“That’s it for me,” I said as I dabbed at my eyes with my napkin.

“Excellent,” Claire said.  “Excusez-moi for a moment, I must speak to the owner.”  With that she turned and headed towards the maitre’d’s station, and returned with our host, a suave-looking man in a dinner jacket, tuxedo shirt and fake bow tie.

“Nice to meet you,” I said, not sensing any trouble.

“I am afraid I am going to have to ask you to leave,” he said.  I’d say I was speechless, but I found my tongue and palate and asked him “Why?”

“Because, my friend, you are all so–how you say–allergic, there is nothing on the menu we can serve you.”

Available in Kindle format on amazon.com as part of the collection “Blurbs From the Burbs.”

3 thoughts on “Our Hypoallergenic Night Out”