NEWTON LOWER HILLS, Mass.  This quiet village just west of Boston looks much like any other suburb on a rainy Tuesday; well-tended lawns sprinkled with a few early-fallen leaves that are sent swirling by a gust of wind.  There’s one striking difference however; yard-signs, considered a tacky declaration of partisan politics in Wellesley Falls, one town further west, are par for the course here as election day approaches.

“I’m caught in the middle,” complains Carol Pierce.  “To my left I’ve got Marie Sansone,” the wife of a firefighter whose family would benefit from a proposed budget override that will be on the ballot next week, “and to my right I’ve got Polly Endicott,” a widow on a fixed income who wants to stay in the house she’s lived in for forty years.  “If taxes go up, Marie’s happy, but Polly’s pissed.”

Carol suffers from OSV, for “omnisympathetic vision,” the ability to see all sides of an issue.  Her warring neighbors have forced her to make a choice, however, as the Sansones have placed a large “We Support Our Firefighters!” sign on their lawn, while Polly Endicott has joined the “No New Taxes!” movement that is fighting to keep municipal assessments low. 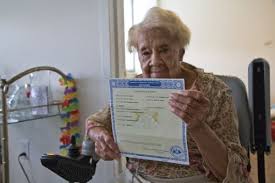 “I like the platform of this None of the Above fellow.”

Carol, who prefers to stay out of local politics, agonized over her dilemma until she came up with what some are hailing as a grand compromise: “Knee-Jerk Moderates,” a loose coalition of similar-minded folks who are somehow able to live their lives without getting bent out of shape by local, state or national governmental issues. 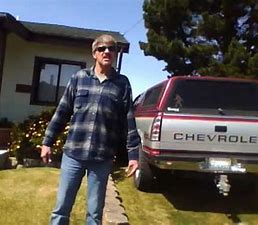 “Either you compromise with us, or we crush you like a bug just to watch the juice run out.”

“I had a nice sign printed up that said ‘I Support Our Firefighters–Up to a Point,’” Carol says, and passers-by began to wave and honk their horns.  “The Sansones are nice people, but so is the kindergarden teacher who’ll get laid off if the override passes.”

Pollsters say this state, whose elected officials are almost exclusively Democrats but which also has large numbers of independent voters, may be the launching pad for a nationwide movement of people who are indifferent to political controversy.  “Exit polls in 2020 showed that voters thought the economy was the most important issue,” says Charles Culver, president of Opinion Research.  “After that there was no consensus, with national security, healthcare and long lines at Chinese restaurants tied for second place.”