The English phrase “Nice to see you” translates into “My gall bladder is really warm today” in Berik, a language of New Guinea.

What Language Is, John McWhorter 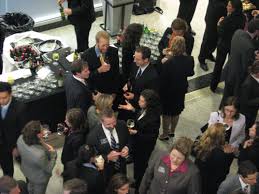 I’ve never been very good at small talk, I just don’t have the ”gift of gab.”  But I know I’ve got to get better at it if I’m going to advance within Conglomerated Widgetek, the world-wide leader in whatever it is we make.

I did what career coaches say is essential for advancement up the ladder of a multinational corporation; when a promotion became available in a far-flung outpost of our empire, I jumped at the chance.  I’m single, so I didn’t have to uproot my family, and I knew it would help me leapfrog ahead of guys like Dwight Van de Velde, a brown-noser of the first water who I had to listen to yapping to his skanky girlfriend on the phone in the next cubicle over for two years in Keokuk, Iowa, where we have our test labs. 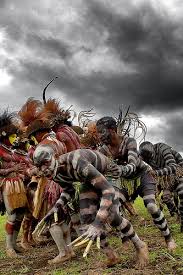 But it hasn’t been easy getting acclimated to the American scene after ten years in Papua, New Guinea.  When I left in the summer of 2004, the Red Sox hadn’t won a World Series in 86 years.  Now I find out they’ve won it four times!  And I bought a bunch of pleated slacks that are now totally out of style!

I’ve got to get back in the swing of things, so tonight I’m going to a networking event at the Marriott Hotel.  Press the flesh, trade some business cards, maybe even meet a nice woman!  Hey, you never know–it could happen.

I plunk down my $25, get my name tag, fasten it to my left lapel so that people can get a good look at it when they shake hands with me, then begin the uncomfortable–but absolutely necessary!–task of greeting my first stranger, a loser–I mean–up and coming business-type like myself.

“Hi there!” I say with enthusiasm, establishing eye contact and extending my hand prepared to grip-and-grin with alacrity.  “Ed Dworpkin, Conglomerated Widgetek!”

Luck of the draw–I had to pick a lawyer, the least desirable type in the room. 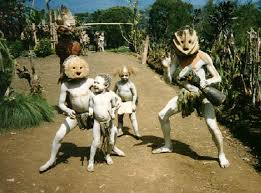 White is all right between Labor and Memorial Days in the Southern Hemisphere.

“What kind of business are you in?” he asks.  Desperate for a client is my guess.

“My company makes high-speed pneumatic and electronic widgets for commercial and industrial applications,” I say, repeating the first line of my “elevator speech.”  “We have sales offices in over forty-eleven countries.  How ’bout you?” I say, hoping to get this tete-a-tete done and move on to a more profitable one.

“We’re personal injury lawyers,” he says, scratching his nose.  “We typically sue companies like yours, but we’re always willing to change sides.”

“Well, suing somebody is no way to win friends,” I say with a hale-fellow-well-met sort of cheer.  “Gotta run–my gall bladder is really warm today!” I say as I shake his hand.

The shyster looks at me as if I’m a fly in his Miller Lite Beer, but I’m already on to my next prospect, a tall, silver-haired guy who looks like what central casting would send you if you asked for a CEO.

“Ed Dworpkin, Conglomerated Widgetek,” I say, a big you-know-what-eating grin on my face.

The guy shakes my outstreched hand.  “Morris Dane–Superior Flange & Hasp,” he says.  That’s more like it, I say to myself.  Flange and hasp makers are the biggest customers for widgets, domestically and internationally.

“What kind of quality controls do you have at Conglomerated?” he asks, giving me the opening of a lifetime.

“We’re Six Sigma, ISO-certified and Good Housekeeping Seal of Approval,” I say, taking my handkerchief out of my pocket just in case I’m watering at the mouth.  “Also, Underwriters Laboratory.”

“Gee, that’s great,” he says.  “But when I establish a relationship with somebody, I want to know that the person I’m dealing with is level-headed, stable–somebody who’s not just in it for the commission, and will jump ship for a bigger paycheck across the street.”

“Oh, that’s me all right.  Been with the company all around the world!”

He cracks a smile, and I think I may just have made a sale, if I can s-l-o-w-l-y reel him in.  “How ’bout those Patriots?” he says, touching upon sports, the one subject–other than politics and revenge–that is dear to all New Englanders’ hearts.

“Well, they need to find a new quarterback with Mac Jones out, but I whenever I think about what happened when Drew Bledsoe went down and a guy named Tom Brady got the start, well, the gastric secretions from my spleen get ripe!”

Dane seems to be–ill all of a sudden.

“Yes, well.  Maybe you should see a doctor about that,” he says with a distracted air as he looks over my shoulder.  “If you’ll excuse me, I’m going to go try some of that shrimp.  Nice to meet you.”

I try to shake his hand, but he’s off like a shot.  Sales are funny.  Just when you think you’ve got a hot prospect, they turn cool on you.

I amble over to the cash bar and order a beer, when I detect the most heavenly fragrance wafting up to my nostrils from my right.  I turn my head slowly and see the most gorgeous creature I’ve ever laid eyes on.  Blond hair, blue eyes, blue eye shadow–lots of it, just like I like ‘em.

She gives me a smile, but I can’t tell whether it’s a “I’m networking” or “I’m looking for love” expression.  It’s a good thing I came prepared.

I reach discreetly into my briefcase and pull out my penis sheath gourd, a handy dating tool I picked up in New Guinea to telegraph to eligible females just how strong and sexy I am, how I’m capable of giving them the many, many children that I know women are just dying to have! 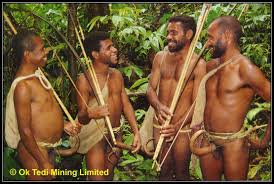 “What is it?” I ask urgently, hoping to play the role of rescuer of a damsel-in-distress.  “A mouse?”

I look under the buffet table–nothing.  I scout the room and, when I turn around, I see her, running away.  I also notice that everyone is looking at me with, as John Keats would say, a wild surmise.

“What?” I say, genuinely perplexed.  “I was just trying to help that nice young lady.”

“What company did you say you were with?”  It’s the lawyer again.

Available in Kindle format on amazon.com as part of the collection “Let’s Get Primitive.”