BOSTON.  It’s Saturday, but an unused jury room in the Old Courthouse here is filled with young men, behaving as adolescent males have when forced to endure instruction since time immemorial; cutting up, cracking wise, and slinging spit balls at each other as they await the arrival of an elderly man who shuffles in without any noticeable reduction in the hijinx. 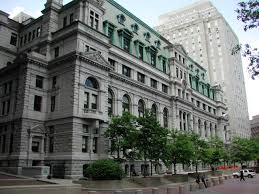 The old man turns towards the young and, in a voice that has called to attention countless juries over four decades, produces silence.  “Welcome to the Romance of Negotiable Instruments,” says Bayard DeWitt, a long-time trial lawyer who is using his golden years to give back to his beloved Boston by reforming young miscreants caught shoplifting, passing bad checks or engaging in other crimes against commercial mores.

“I owe a great debt to this city,” DeWitt had said to this reporter in the hall before entering the den of disobedience.  “I came here virtually penniless, and when I die I will leave an estate that my wives and their boyfriends will fight over for many years.”

It is that sense of gratitude that compelled DeWitt a few years ago to propose his innovative program in juvenile reform; a Saturday session in the law of negotiable instruments–checks and promissory notes–that would inculcate in the minds of wayward boys a respect for Anglo-American jurisprudence.  “I could never make heads or tails of the law of bills and notes,” he says, ruefully recalling the one C grade on his otherwise distinguished law school transcript.  “I thought if I inflicted the same pain and confusion on the younger generation, it might dull their–shall we say–‘acquisitive’ instincts and turn them to a life of Oriental quietism under the influence of drugs.” 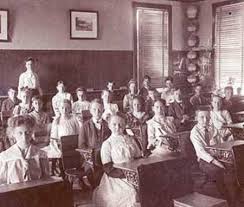 “All right, you young hooligans,” DeWitt booms out, and an uneasy quiet settles upon the room.  “I’ll have none of your grab-tail and shenanigans.  Now Peterkin–what did we learn last time?”

A boy rises from his seat, as he’s been directed to do by DeWitt, and says “We learned what the letters I.O.U. stand for.”  The other “students” laugh, and DeWitt joins them in a lightly-amused chuckle.

“That’s right, in a sense we did,” DeWitt says.  “But what did we learn about checks?”

A boy sitting up front, hoping to reduce his sentence from five to four Saturday sessions, shoots his hand up in the air.  “Dabney?” DeWitt says as he recognizes the boy.

“That you can spell it with either a ‘k’ or a ‘que’ at the end,” the boys says hopefully.

“Well, yes, I suppose.  But we learned something much more important.  Anyone remember?” 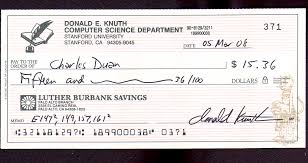 DeWitt waits a pregnant moment or so, then supplies the answer himself.  “We learned,” he says, pausing for effect, “that a check is actually a draft, but it’s drawn on a bank!”  He smiles at the innocent but powerful truth of this proposition.  “A very important concept, but one that 99.8% of Americans are completely unaware of!”

Several boys stifle yawns, knowing that DeWitt treats a mouth open in fatigue as an invitation to call upon the perpetrator.  “Now that’s something you know, that I’ll bet your moms and dads and sisters don’t.”

The air conditioning in the public building isn’t on because it’s the weekend, and the heat makes the tedium of the subject matter even less endurable than it would be in comfortable conditions.  “Is it getting stuffy in here, or is it just me?” DeWitt asks, and a boy in the back row mutters “You’re always stuffy” sotto voce, setting off laughter from those within earshot of him.

“All right, I’ll open a window,” DeWitt says, and a cool ocean breeze flows into the second floor classroom. 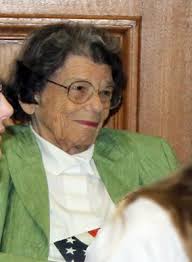 “That’s enough fundamentals for today,” DeWitt says with a gleam in his eye.  “Let’s turn to something more . . . captivating.”

The boys roll their eyes, knowing what’s coming next; a reading from A Negotiable Instruments Primer by former Connecticut Supreme Court Justice Ellen Peters, a favorite text of DeWitt’s.

“So simple, so elegant,” DeWitt says as he passes out a selection from the short work that he first encountered as a second-year law student 43 years ago, and which he keeps by his bedside if he can’t fall asleep after waking for his nightly micturation.  “It is from Peters that we learned what enduring metaphor for commercial paper.  Who can tell me?”

The class is silent, and a look of disapproval steals over DeWitt’s face.  “I thought we had mastered that one,” he says as he clucks his tongue, turns around and writes “A negotiable instrument is a courier without luggage” on a blackboard.  “This,” he says as he finishes, “refers to the stripped-down nature of these helpful handmaidens of commercial . . .”

He is interrupted by a scream, and then a groan.  The class runs to the window where they look down on the brick courtyard below and see Declan Thomas, their classmate, holding his ankle and writhing in pain.

“See what you did!” the boy named Peterkin says angrily to DeWitt, an act of insubordination that the former lawyer is too shocked to object to at first.

“What?  Why is that my fault?” he asks finally.

“You sent him over the edge with your boring talk!”

Available in Kindle format on amazon.com as part of the collection “Lawyers Are People Too–Sort Of.”