CHICAGO.  For Joe Klesjko, a trader at Wolf/Ram Associates, December is a hectic time of year, and not because of Christmas shopping.  “Our customers would trade 365 days a year if they could,” he says of a client base that hedges their exposure in world tungsten markets by buying the grey-white heavy high-melting ductile hard polyvalent metallic element under its other name–wolfram. 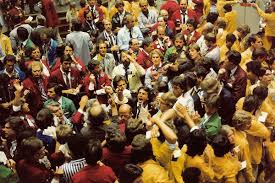 To make matters worse, Wolf/Ram doesn’t close its books until December 31st, and bonuses–if any–aren’t doled out until February, long after employees’ Christmas giving is over.  “I don’t know how much I’m gonna make in December,” Klesjko says.  “I can’t go out and buy Terri,” his third wife, “something expensive and end up with a credit card bill I can’t pay.” 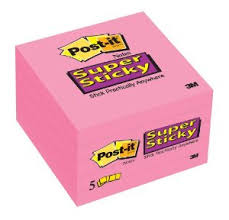 “The pink Post-It Notes are very popular this year!”

So Klesjko’s boss, Mike Nilson, came up with a unique benefit to relieve employees’ stress over Christmas shopping and keep them focused on the bottom line.  “I call it ‘Shop at Work,’” he says.  But, this reporter asks, will gifts purchased on-line arrive by Christmas?  “Are you nuts?” he replies.  “I can’t have traders tying up their computers when the market’s open.” 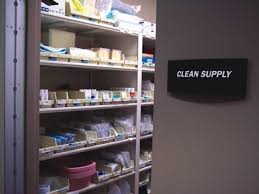 A world of shopping at your fingertips.

Instead of a Black Friday or a Cyber Monday, Nilson allows Wolf/Ram’s overwhelmingly male cadre of traders to take items from the firm’s office supply room during the month of December so they don’t waste valuable company time shopping for wives and girlfriends on-line or on the streets of Chicago.

“It’s been a godsend for me,” says Al Kowalski, at 55 the firm’s oldest trader in a young man’s game.  “Last year I gave my wife two eight and a half by eleven inch legal pads.  You should have seen the look on her face!”  Kowalski is divorced now, but says he understands that sometimes break-ups are best for both parties.  “Sure, I could have given her the long kind,” he says.  “But that wouldn’t have been fair to the wives of the guys in accounting, who love those fourteen-inch bad boys.”

In the supply room itself, twenty-something Mark Korsiki finds his job to be more fulfilling than he ever dreamed.  “It’s been really great to see guys come in here and put so much thought into whether they should get their wives an Acme ’Plan B’ Pencil Holder or a Princess-model Swingline stapler, in white or ecru,” he says.  “It teaches you that you need to think about someone besides yourself when you’re in a relationship.” 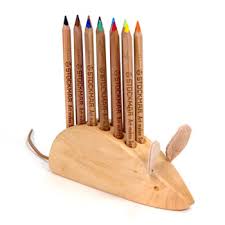 As for his love life, Mark says he’s waiting for the right girl to come along after suffering a post-Christmas break-up last January.  “The holidays are really hard on couples,” he notes.  “Last year I gave my girlfriend Cindy a 2022 desk blotter calendar, and she was so overwhelmed that I literally never heard from her again.”