Holiday people, being too cheerful.
I’d like to give one or two a good earful.
Jolly like Santa, talking too loud-
I can’t avoid them, I’m stuck in the crowd.

No man is an island, but I’m going to try, man.
At least for this Christhmus I’ll stay on my isthmus.
Or better, if we get shut in by the snow
I’ll be on my own archipelago.

Gathering round the Christmas tree-
Only enflames my misanthropy
Call it Chanukkah, call it Kwanzaa
Whatever the name, I just don’t wanzaa!

Holiday sentiments flow much too cheaply
For me to feel mine very deeply.
So just in case you think I’m a snot–
I hope you’re happy this Christmas, even if . . . I’m not.

But as I looked into her eyes
She told me—she liked to pull wings off flies.
The longer I knew her—
The stranger she got. 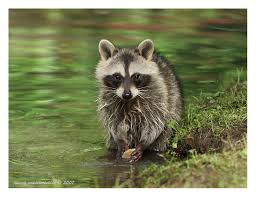 I continued to date her,
for awhile I just played dumb.
She told me how she once gave a raccoon
A stick of chewing gum.

She sat and watched as he washed it
When his paws stuck she had a laughing fit.
The longer I knew her—
The stranger she got.

When she was a little kid,
she painted her best friend green.
She was sent to a Home for Wayward Girls
as soon as she hit thirteen. 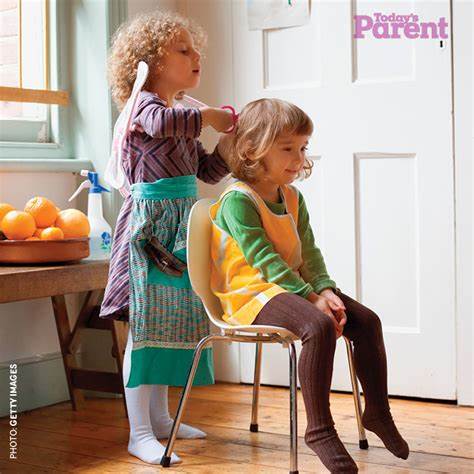 I thought that I would love her
for her spunk and for her sass.
But I found out she wasn’t so nice
Sugar ‘n spice? My dyin’ ass!

She cut off all the hair
Above a playmate’s right ear.
Then as the little girl sat there
She held up a plastic hand mirror.

She said “Which side do you like better?”
That’s why I’ve decided to forget her—
The longer I knew her—
The stranger she got.

I suppose if you go to your grave without hearing
“Hey Pete, Let’s Eat Mo’ Meat”
you can still say you have lived,
but I’d consider such a life incomplete. Or, playing the fool,
you could deliberately pass up
“Ool Ya Kool”
but I wouldn’t if I were you. If you’d like to lose the top of your head instead
I have a live version of “Manteca” that will blow
it off for you–no drugs required
just a stew of Latin rhythms and Dizzy too.

I used to have his take on Fats Waller’s
“Jitterbug Waltz” but that song went the
sad way of all vinyl–at the end it would
hiss and pop like bacon frying on a griddle. I saw John Birks “Dizzy” Gillespie just once
before he died, at Sandy’s in Beverly, Mass.,
playing that cantilevered horn of his with the
the squirrel-getting-ready-for-winter cheeks–

It was orientation week, at my highbrow college
where chalky pedagogues would stuff us with knowledge–
but first, a time to get to know each other;
we’d take a bus trip, all of us together!
and ask questions about majors, sisters and brothers
then walk the dunes in the early fall weather. 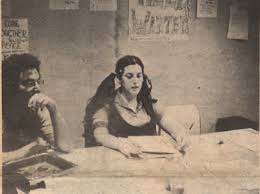 I was seated behind a girl named Sharon
with coal black hair that she chose to wear in
a bohemian bun, held tight by tortoise shell clip.
She turned and took me in with a look
that was seductive and arch, knowing and hip,
and put down her Marx or Freudian book.

She introduced herself and then she queried
“Where are you from?” and I said “Missouri,”
except that I pronounced it in my native tongue
as people from the southern and the western parts will:
“Mizzuruh,” I said, and as if she were stung
she screamed, then laughed, and finally was still. 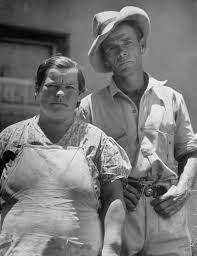 “That is so charming!” she loudly exclaimed,
she was off to the races, I couldn’t explain.
“Do you always wear red-checked lumberjack shirts?
and keep straw or toothpicks ‘tween your teeth?”
I hesitated to correct her, bit my tongue till it hurt,
but within myself I started to seethe.

I decided I’d try to string her along,
and see if she’d buy my dance and song.
“Are you first to go to college in your family?”
she asked, and I decided to take the bait.
“I’m the first to graduate,” I noted happily,
“from pre-school, kindergarten and also grade eight.” 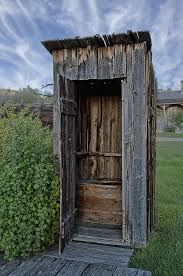 “Oh dear,” she exclaimed, “you’re so—so rural!”
she said with an emphasis that might have been plural.
“Your home—does it have indoor plumbing?
or must you repair to a bare, stinking outhouse?”
she said with a frisson, as if she were slumming.
and I was overcome and began to play head louse.

“What is this ‘indoors’ of which you speak?
Is it something we’ll see after orientation week?”
She recoiled in horror, aghast at my plight,
I was a Walker Evans photo she’d seen in a book,
Left behind by civilization’s march towards the light,
She rated me lower than a Seacaucus mook.

“Where are you from?” I finally rejoined,
I’d decided I’d rather stay out of her loins,
“I’m from Tenafly, a ‘burb of New York City.”
“Is that,” I said, “anywhere near Paramus?”
“Why do you ask?” she said with some pity.
“I used to watch ‘Make That Spare’ in pajamas.”

Moral: You’re only as sophisticated as somebody else thinks you are.

Where do glutens go when they set them free?
This, of late, has been a mystery to me.
Is there a gluten preserve out in the Great Plains?
I’m being serious—can someone explain? 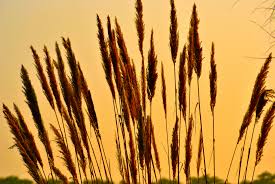 I imagine the looks on the glutens’ faces
When they let them out in the wide open spaces.
After living a life of oppressed confinement,
I bet there’s joy at their brand new assignment.
Although at first things must seem strange
After being cooped up, then suddenly free range. 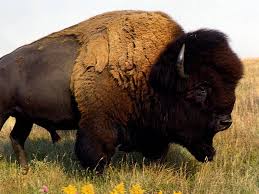 If glutens run free, from the hills to the sea,
Will there be room for you and me?
I suppose it could get like the buffalo,
Who used to stampede both to and fro.

Like the man who didn’t know he’d been speaking prose
I hadn’t realized I’d been eating glutens
But now I’ve discovered, like a latter-day Newton,
I’m full of them, from my head to my toes.

It’s an age-old question, that defies analysis,
and leads to a certain mental paralysis.
One I ask myself as I stare out the door:
“What, after all, I am here for?”
If the wife’s within earshot, she’ll promptly respond
With an answer that won’t strike most ears as fond:

She says, “That’s simple, there’s no mystery
about your purpose in life, what you mean to me–
You’re here to take the garbage to the dump
and when you get back, hook up the sump pump.”

Sometimes when she’s bought a brand-new appliance
My purpose in life is legal compliance:
She asks me to fill out the warranty card–
“You like that stuff–I find it hard.” 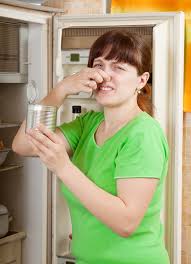 Other times her message is more subtly sent,
Writ lightly instead of scrawled in cement:
And so I find a note on a carton
of food she’s rejected–that much is certain–
She’s eaten some, and now is quite candid:
“Please finish this stuff–I really can’t stand it.”

There once was a girl, and I briefly dated her,
who treated each moment as if it were the-atre.
Ordinary reality was much too quotidian
Whether you were together ante or post meridian. 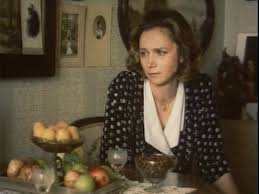 Each time we’d sit at noon a-munchin’
We didn’t eat lunch–we’d had a luncheon.
I always wondered what possible leverage
she got from calling her drink a beverage. 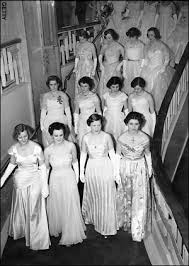 She was something, all right, quite high falutin’-y,
Your clothes, your manners, all came under scrutiny.
“You’re wearing blue socks?” she’d ask with alarm,
as if that antic hue would do her great harm.
“Or course not, my dear,” you’d reply with assurance,
“They’re black,” she’d back off, but would try your endurance.

She wore tailored outfits for tennis and sailing,
though fashion’s not great for salt water bailing.
You wondered finally what you’d ever seen in her
(this before you’d ever, um, actually been in her)
and then recalled, she batted lashes first at you–
and thus was the woman so well deserved by you.

She apparently thought highly of your frozen demeanor
Your excessive reserve must have brought out the queen in her.
Your stiff upper lip, among other body parts,
Seemed to her the perfection of the Creator’s arts. 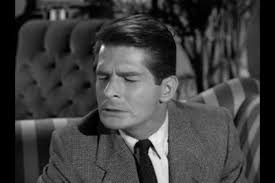 And so, when we parted, when I said we were through,
And she started sobbing, once we were no longer two,
And she asked me “Why?” and I gave her the news,
She squealed “Me stiff? Good Lord—what about you?”

The Megans, the Caitlins, the Courtneys
come blissfully marching along.
I know if I wait then shortly
they’ll be followed by a Siobhan. 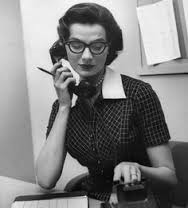 Where are the Nancys and Deborahs
I knew so long ago?
I seem to recall lots of Barbaras
and a Karen or three or mo’.

Somehow these names have faded
into memories of the past.
At the time, before we were jaded,
we assumed that they would last. 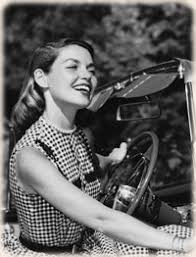 But they turned out to be merely fashions
that now are out of date.
They once were spoken with passion
but have met a mortal fate. 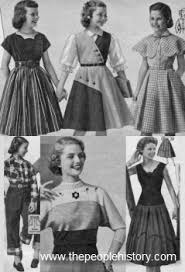 for there’s no surer sign to a winsome young lass
that she’s dealing with aging men
than to hear these words as they make a pass:
“Er, what was your name again?”

Darling, believe me, we’re all getting sick
of reading about your boyfriend’s dick.
I’m sure the thing can spring to glory
but must you include it in every story? 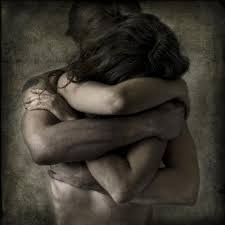 If your intent is to shock and awe
by revealing the thing that he likes to paw,
frankly, my dear, I find it a bore.
I’ve seen its like many times before
each morn as I stroll through the locker room-
hence my air of cranky gloom.

Take the word of this poor bard–
darling, you’re trying much too hard,
and if that advice has a punnish sound
consider the company you’re hanging around. 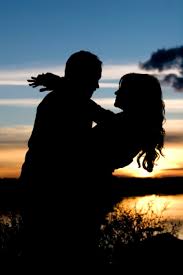 In sum, in my mind there is no doubt
you’ve better things to write about.
You’ve made his organ of generation
the singular object of your veneration.
You make me feel like a party crasher
and I get the sense you both are flashers. 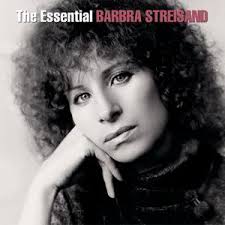