Holiday people, being too cheerful.
I’d like to give one or two a good earful.
Jolly like Santa, talking too loud-
I can’t avoid them, I’m stuck in the crowd.

No man is an island, but I’m going to try, man.
At least for this Christhmus I’ll stay on my isthmus.
Or better, if we get shut in by the snow
I’ll be on my own archipelago.

Gathering round the Christmas tree-
Only enflames my misanthropy
Call it Chanukkah, call it Kwanzaa
Whatever the name, I just don’t wanzaa!

Holiday sentiments flow much too cheaply
For me to feel mine very deeply.
So just in case you think I’m a snot–
I hope you’re happy this Christmas, even if . . . I’m not. 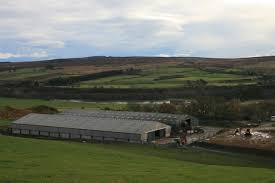 He threw nickels around like a shot put
On a cold and windy day
He always had time for work
He never had time for play
Everybody’s good at sumpin’
Makin’ money was his game
I don’t have to tell you anything more
If you live here, you know his name.

He ended up with a hotel on a hill
That had a nice little bar and grill.
That’s where I’d be sittin’–every night,
And I’d be there of my own free will.
I put money into his pocket
That I took right outta mine.
I imagined he’d be up till all hours of the night
Countin’ my quarters, nickels and dimes. 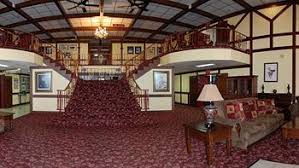 But then one night before Christmas,
along about 9 o’clock
The folks in our humble little burg
were given quite a shock.
The country band took a break for a smoke,
A rumor started, people thought it was a joke.
Pretty soon it spread all around.
The richest man in town was gonna buy a round.

Now I’ve never seen Haley’s Comet,
and I’ve never seen a UFO
But what I seen that night was an awesome sight
At least as far as strangeness goes.
The old man came down from his house on the hill
And appeared without warning at the bar
He said “This round’s on me” and set off a stampede
That resounded near and far.

They came to the bar from the country,
They came from miles around,
People called their kin, you could hardly get in
The line stretched clear out of town
The crossed the Old Covered Bridge
By car, by horse and by foot.
They weren’t going to miss the only chance in their lives
To get a free drink from the old coot.

The bartenders worked like crazy
To pour everybody a drink.
I sat there taking the whole scene in–
And finally it made me think:

On this, the night of giving,
When the wise men brought gifts from afar,
It brings a tear to your eye–it made ME cry—
It almost made me choke, ‘cause I was nearly broke

It was a touching scene to see a guy so mean
Open wide the doors to his bar.

For months we suffered through a lockout
Now in low-post we hope they’ll block out.
For guys whose gift was dissed by a wife
Or can’t bear to watch “It’s a Wonderful Life”–
It’s Christmas Day—with the NBA. 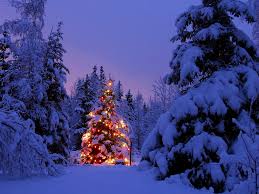 Shoot-first guards, flat-footed centers
They’re all among the 1%-ers
And yet they hear no outraged howls
As long as they don’t draw six fouls.
It’s Christmas Day—with the NBA. When, exactly, did this begin,
This chance to ignore your kith and kin,
And in-laws who are long-distance callers
By watching instead a bunch of ballers.
It’s Christmas Day—with the NBA. I’ll bet you an ugly necktie that
Santa has no Chinese tat.
They probably mean something like “No smoking please”
Or “With two items white rice is free!”
It’s Christmas Day—with the NBA.

I think with pity of the Baby Jesus
Away in a manger, as his tuchus freezes.
Surrounded by oxen and also lambs
No flat-screen TV to watch monster jams—
It’s Christmas Day—with the NBA.

“It’s flying off the shelves at Target, and ‘Rudolph the Red-Nosed Gefilte Fish’ was the most popular download on iTunes last week,” the chanteuse says to this reporter in her Hollywood Home. 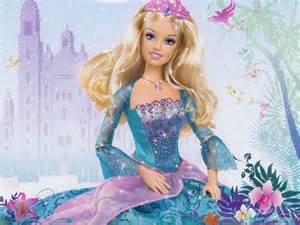 The Grammy Awards have become increasingly splintered along ethnic lines in recent years with first Latinos, then Poles and most recently Estonians, Lithuanians and Latvians sponsoring separate ceremonies to celebrate their favorite musical styles. “It was only a matter of time before the WASPs”–White, Anglo-Saxon Protestants, “demanded equal time,” says Billboard music reporter Anton Schultz. “They think they invented Christmas, but it was a pretty Kosher crowd around the manger that night.”

The holidays are all about childhood memories, Streisand says, and her recollections of Christmas past are tinged with a beguiling pathos. “I remember my friend Alicia got Barbie and Ken dolls one year, and all I got was a lousy bag of Hannukah gelt,” she says wistfully. “Right then and there, I swore to myself that I’d become an internationally-renowned pop diva or die trying.”

Streisand has two previous best-selling albums of traditional Christmas songs on her resume, so this time she tried something new; a collection of her own compositions plus contributions from top songwriters instead of mining the overworked vein of commonplace Christmas songs that drive people crazy in shopping malls and elevators from Halloween until New Year’s Eve.

“I figure if people hear ‘Chestnuts Roasting on an Open Fire’ one more time they’ll go postal on the postman when he dumps another load of Christmas cards on them,” she says with a laugh, tossing her hair over one shoulder where a Toyota Prius is crushed by the weight of her hair extensions. “So we came up with all new material.”

Among the songs getting the most airplay is “We’ll be Eating Chinese While the Goyim Chew Their Turkey,” a wistful lament that tells the tale of the Rosenbergs, a family that searches in vain for a place to eat on Christmas Eve in predominantly Jewish Brookline, Massachusetts. When they finally stumble upon Ho Toy, a Chinese restaurant whose steam trays are brimming with moo goo gai pan, General Gao’s chicken and other favorites, they rejoice at their good fortune and wish for peace on earth.

What’s next for the self-proclaimed “nice Jewish girl from Brooklyn”? “I don’t know,” she says thoughtfully. “Maybe an Easter album with ‘Here Comes Peter Cottontail, Schlepping Down the Bunny Trail’.”