Summer’s mid-point is here, and signs of boredom are visible in the demeanor of our two boys, Scooter and Skipper.  Instead of riding their bikes to the corner store to buy baseball cards with money they cadge off their dad, they’ve taken to staying indoors in the air conditioning in a state of blissed-out electronically-induced torpor.  Time for a little parental discipline, even if the parent in question–me–is incapable of much discipline himself.

“It’s too early in the summer for you two to be lying around like slugs in a hubcap of beer,” I say, harkening back to a favorite quasi-educational activity of my youth.  “You shouldn’t be bored out of your minds for another two weeks.”

“It’s too hot,” Scooter, the older of the two at twelve says.  I check the temperature on my phone and see that it’s 90 degrees.  If that were Celsius I could understand, but it’s only Fahrenheit.

“You kids must have inherited your mother’s upstate New York blood,” I say, referring to the woman I love, who carries a battery-powered pocket fan with her where’er she goes.  “Ninety degrees isn’t hot hot.”

“We could get cancer from the sun,” Skipper, our ten-year-old whines.

“I don’t seem to recall getting cancer when I was your age, but if you’re going to stay inside you need an activity.”

Not available in “guy” colors.

“Do we have to?” Scooter groans.

“I think you’re going to like what I have in mind,” I say, whetting their appetites.  By family tradition they’re entitled to a blood sugar-raising treat in the middle of the afternoon, so they don’t start beating each other up.

“What is it?” Skipper asks.

“Marshmallows!” I reply, and they both shout “Yay!” just like I used to do when I was a boy and earned a neato-keeno prize for . . . actually, I never did earn any prizes.

“What kind of club?” Scooter asks.  Whatever kind it is, he’ll want to be President.

“Today we’re going to have fun by not having fun.”

“Delayed gratification is when you put off something good in the present, so you can have more of it in the future,” I say.

“A little of both,” I say as I take a bag of marshmallows out of a hermetically-sealed metal canister my wife uses to keep them fresh.  I’m careful not to disturb the hermit at the bottom, he’ll be coming out mid-to-late August for his annual haircut.

“A little off the top, short back and sides.”

“Now, the way this works,” I begin, “is I put one in front of you, like this,” I say, placing one (1) plump standard-size marshmallow down on the table before them both.  “It’s up to you whether you want to eat it now or . . . hey, stop!” I’m forced to interject as Skipper has his candy in his mouth before I’ve laid out the rules of the game.

“But you said we were gonna get a marshmallow,” he says, on the verge of tears now that it’s clear I’ve gulled him.

“I didn’t say you weren’t going to get one,” I say, pouring oil on the troubled waters of his sense of injustice.  “I’m going to give you a choice.  You can have one marshmallow now, or if you wait fifteen minutes, you can have two.”

“No it’s not,” I say.  “If you can delay your gratification for that long, it shows you’ll be successful in later life according to a famous experiment.” 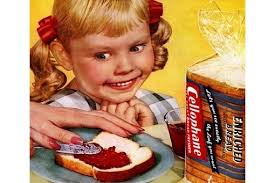 The little wheels in their brains start to turn.  Their faces take on the look of card sharks at the World Series of Poker; eyes narrowed to grim little slits, lips pursed.  “Well, I’m going to leave you two to your will power.  See you in . . . fifteen minutes,” I say as I leave the room.

It’s one of the many times I wish I had a two-way mirror so I could watch the boys undetected, but all I can do is wait.  You have no idea how slowly time can move when you’re trying to replicate a dubious psychology experiment on your sons.  Not as slow as it goes when you’re watching a Little League game go into extra innings, or when you’re waiting for your girlfriend to get her period in high school, but still–very slowly.

I check Twitter, email, Facebook, YouTube, MySpace, Netscape, AltaVista, aol.com, Yahoo, Pets.com and Internet Explorer to kill time.  When I’ve run out of failed internet companies, I check my watch and with thirty seconds to go, return to the laboratory. 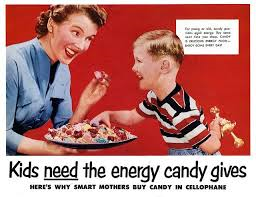 “Yes they were!” Skipper exclaims.

“No, I mean it doesn’t bode well for your future.  According to the non-replicable results of the experiment, your inability to delay gratification for fifteen measly minutes means you’ll probably end up unemployed members of the underclass, abusing opioids, failing to complete twelfth grade, sleeping on heating grates, suffering from heartbreak of psoriasis and otherwise disappointing me and mom.”

“Maybe you, but not mom,” Skipper snaps.

“Because your experiment is dumb,” Scooter says.

“No it’s not.  Some very smart people at Leland Stanford Junior University devised it.”

“Well, then they were dumb,” Skipper says, “because mom always lets us have three marshmallows anyway, so why should we hold out for just two?”

Dawn breaks on Marblehead, as we say here in Massachusetts.

“Sorry guys,” I say, shaking my head, unable to keep from laughing at myself.  “I forgot about grade inflation.”