MIAMI.  The Miami Heat are on a roll, having won ten straight games after last night’s 101-95 victory over the Cleveland Cavaliers.  “The Dream Team is finally hitting on all cylinders,” says season ticket holder Mike Doltzmeier of Hollywood, Florida, referring to the self-selected trio of superstars–LeBron James, Dwyane Wade and Chris Bosh–the team acquired in the offseason. 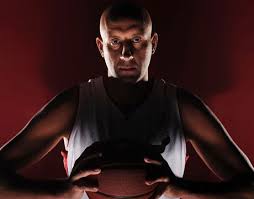 Zydrunas Ilgauskas:  “How come the guys never ask me along to discotheque?”

But there’s one long face in the team’s locker room, that of Zydrunas Ilgauskas, the Lithuanian center who was acquired from the Cleveland Cavaliers after James made his much-publicized move from the same team to warmer climes.  “I was promised a parade, just like LeBron,” Ilgauskas says, his face a map of disappointment.  “I am from Cleveland too, I should get similar welcome.”

The Heat and the man who is sometimes referred to as The Human Pencil Eraser because of the smooth pink surface he maintains on his head differ on exactly what promises were made before the season began.  “We said he could go to a parade,” says Tom Schneidhorst, the team’s vice-president in charge of community outreach.  “I think there’s a language problem here.” 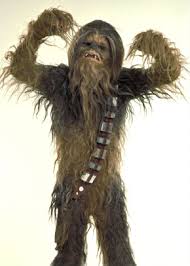 Ilgauskas’ agent took the matter to arbitration, and the team and its backup center are working on a compromise.  “We’re talking to Local 143 of the Brotherhood of Tanning Bed Repairmen and the Greater Miami Cocaine Dealers Association,” says Gediminas Paksas, a Lithuanian immigrant who represents many of his fellow countrymen from the basketball-mad Baltic state.  “We were close with the Dade County Veterans of Star Wars Premieres, but they wanted Z to dress up as Chewbacca, so I nixed that one.” 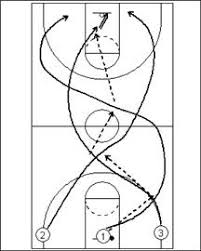 Ilgauskas will make $1,352,181 this year, a reflection of his status as one of the NBA’s top “7&7” men, or someone who averages seven points and seven rebounds a game.  “It is not the drink the old people order in Miami,” he says, referring to a cocktail composed of equal parts Seagram’s Seven Crown whiskey and 7-Up, the refreshing lemon-lime soft drink.  “That is responsible for the way they weave across the roads, not the three-man weave of basketball.”