DELAWARE, Ohio.  Scientists at Ohio Wesleyan University, home of “The Big Ear” radio telescope, reported today that they have detected signals from a distant galaxy indicating that the National Hockey League’s Stanley Cup finals are underway, with teams from the states of Florida and Colorado competing.

“We were channel-surfing and stopped at the Fishing Channel while we went out for a six-pack of Old Milwaukee,” said astrophysicist Emile Nugent.  “When we got back from the liquor store the Bass Master 100 Challenge was over and there were a bunch of people skating around, without sequins.”

The Stanley Cup is the championship trophy of the National Hockey League, a professional sports league that was determined to be irrelevant following a 310-day labor dispute in 2004-05.  Since it resumed play, the league has struggled to attract fans and viewers, often falling behind curling, snake hunt tournaments and “strong woman” competitions in ratings.

“I could break Sidney Crosby in two and beat Zdeno Chara with the bloody stumps!”

The astronomers reported that teams involved in this year’s playoffs include the Colorado Avalanche and the Tampa Bay Lightning, a claim that was met with skepticism by advertising agencies.  “Tampa is in Florida where the only ice is in the drinks,” said Miles McConnachie of Brands+Impact LLC.  “And Colorado is not part of Canada.”

The signals bearing the Stanley Cup broadcast are believed to originate in the THX 1138 spiral galaxy, where broadcast time is cheaper than on American cable channels.

Transmission difficulty:  Do not adjust your television set.

“We make most of our money on infomercials and religious programming,” said station manager Glorp “Buddy” X21173.  “It’s nice to have something besides the Ab Blaster and Holy Rollers to watch on the monitors.”

Available in Kindle format on amazon.com as part of the collection “Space is the Place.”

BOSTON.  Sean McIlvanney was a top prospect for the Boston Bruins before this season, but it wasn’t for his skating, shooting or puckhandling skills.  “If I get into a game it’s for one reason only,” says the 24-year-old whose face looks like a railroad map due to the number of stitches it bears.  “I’m an instigator, and if I don’t get into a fight it’s a bad day at the office.” 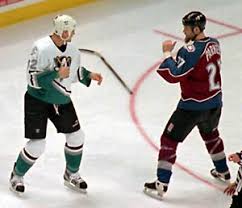 But McIlvanney’s skills are on ice for now as the owners’ lockout remains unresolved over financial issues, so he and other so-called “enforcers” are using their ample free time these days to help the growing anti-bullying movement.  “I know it sounds strange,” says Marty Deneen, a Detroit Red Wing who tallied fourteen game misconduct penalties last season, “but nobody knows how to stop a bully like a headhunter.”

“Use your stick upon his knees, ’til you hear his anguished pleas.”

This morning McIlvanney is at Andy Moog Elementary School in Natick, Mass. to speak to a group of fifth-graders, who have endured threats and physical violence from sixth-graders at the school.  “Your teachers will tell you that bullies are cowards, but that’s a bunch of baloney,” he begins, raising a skeptical eyebrow.  “They’re sadistic maggots, and you gotta beat ’em at their own game.” 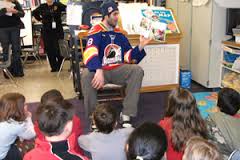 “If some punk won’t let you by, poke a stick into his eye!”

He asks for volunteers, and Jason Berbick, a bespectacled boy who is interested in poetry, steps forward.  “Okay, Jason,” the towering jock asks the little boy, “What happens if I take off your glasses?”

“Okay–so what does that tell us?”

A boy at a desk shoots up his hand.  “Make sure the other guy can’t see!”

“Was it something I said?”

“Exactly!” McIlvanney says, as he picks up a pointer from the blackboard chalk tray and holds it out gingerly towards Berbick.  “There’s nothing worse than a poke in the eye with a sharp stick, and you can run away while the other guy is screaming.”

In Bloomfield Hills, Michigan, Deneen is trying to draw out a group of reticent fourth graders whose giant snowman was recently toppled by a marauding band of fifth-grade toughs.  “Which would you rather have, a one-on-one or a two-on-one?” he asks the class.

“Two-on-one,” says Todd Reisdorph, a freckle-faced redhead who’s been tapped to play Santa Claus in his school play.  “That way you can pass it to somebody else.” 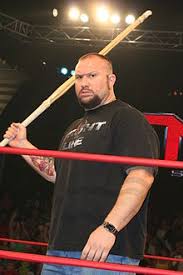 “Is somebody being a brat?  Remember to use your bat!”

“Okay, let’s think how we can use that against bullies.  Who’s one of dese fifth-grade punks who wrecked your snowman?”

“Okay, so next time he shakes you down for lunch money, somebody else come up behind him and whack him behind the kneecaps with a bat!”

Elinor Rutman, a recent education school graduate who’s monitoring the proceedings, clears her throat and then speaks.  “I think we can be a little bit more constructive than that, Mr. Dineen,” she says delicately.

A look of embarrassment clouds the face of the brawny defenseman as he realizes his error.  “You’re right,” he says with chagrin, then turns to the class to correct the misimpression he’s created.  “Make sure it’s an aluminum bat,” he says, “and not one of those wimpy plastic Whiffle ones.”

WASHINGTON.  The Obama administration scrambled to put its spin on numbers out today that reveal a sharp jump in new filings of unemployment claims, saying the increase was due to “normal seasonal firings of professional hockey coaches.” 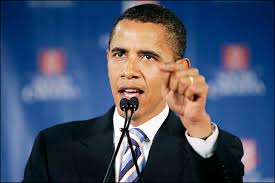 “Frankly, with the kind of year the Wild had, Richards deserved to be fired.”

“The American economy continues to grow and create jobs,” said White House Press Secretary Jay Carney.  “You have to understand that professional hockey isn’t part of the US economy.” 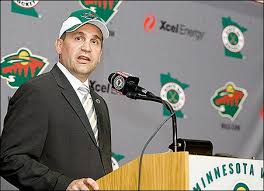 There have been three firings of NHL coaches since Saturday,  and one “retirement” that sportswriters considered to be involuntary.  “Most of the displaced workers will find work soon,” said Labor Secretary Hilda Solis.  “The Mini-Mites league in my town plays until June.”

Solis:  “What the hell is a ‘Wild’ anyway?  Is that one thing, two things, a red thing or a blue thing?”