When I heard the news it came as a sting, but a muted one; like realizing there was a mosquito on your arm only by the slight irritation the bite such a pest is capable of.

That anticlimactic feeling was caused by the fact that we had all known Rob and Maria’s marriage was coming apart for a long time; there were the separate vacations, he going off to do “guy” things under the guise of business development, she taking time off for a week at an artists’ colony.  Where the kids were during these interregnums wasn’t always clear, but they were out of high school in two cases, and nearly so in the third.  Everyone pitched in to take the boy overnight if need be, and the need arose more than once.

I rarely saw Rob anymore; we’d worked together, then he changed firms to one five or six blocks away.  It was funny, at some point I decided that the goal when I got into work each morning was to get things done as quickly as possible and get out, not hang out with the guys until everybody ordered take-out and stayed even later.  I didn’t see Rob because I had no occasion to go in his direction; skyscrapers rose and fell between my building and his, but I didn’t know about it because my office window looked north, and he was south.

When I next stumbled upon Rob I recognized him from halfway across the room at a squash club before he divined who I was.  I could tell he was searching his memory and not coming up with anything right away, so I called out to him and said my name.

“You’re out of context,” he said, half-apologetically.

“I know, I used to work out across from South Station, now I’m here.”

“Great, maybe we could play some time.”

“Sure,” I said, then we were both silent for a moment.  He apparently wasn’t going to say anything about the subject I assumed we both had on our minds, so I finally did.  “Sorry to hear about you and Maria.”

“Yeah, thanks.  It’s probably for the best,” he said, and not sheepishly.  The thought occurred to me–how, exactly, could it be for the best?–but that’s not the kind of question I’d ask him in public place unless we’d had a few drinks first.

“Kids okay?”  I didn’t mean anything by it–it would have been received as innocent small talk any other time–but he took up the suggestion.

“Yeah, I think they’re holding up okay.  Of course they’re all out in the world now, or nearly so.  It’s not like their happy home got broke up or anything.”

“Sure, sure.”  The way he said it, I wondered if he’d been waiting for the first opportunity, as soon as they became empty-nesters, or at least had all the boys squared away for college. 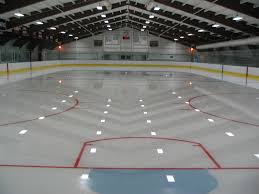 He’d been a good dad, or at least a proud dad–which is a different thing–the way I remembered it.  Always there at the games, cheering them on, but then taking off and leaving Maria to pack up the hockey bag or whatever.  When he joined the golf club he said it was so he could spend more time with the boys, teaching them the game.  “There’s no better way to get your kid’s undivided attention for three hours than playing a round of golf,” he said.  I assumed that was true, but I didn’t remember too many dads making a Sunday foursome with their sons when I was growing up.  Maybe we had different experiences.

“Well, I hope we’ll stay in touch and get together every now and then,” he said.  I let the sentence drop–it sounded like one of the easy sales pitches that Rob was so good at.

“You know how those things go,” I said.  “It’s usually the wife who decides who’s in or out of the social circle.”

I thought back to the time when I’d come by one Saturday to pick up his middle son to take him to a ball game with my kids.  It was hot as hell, and Rob and Maria were still moving into an old house they were renovating.  They didn’t have air conditioning yet, and there were boxes to unpack.  As his boy got in our car I said something like “Sorry to leave you two here sweating together.”

I looked over at Maria.  I expected to hear a grim little laugh, like she understood that he was the bread winner and this was what she had to put up with.  Instead, her eyes got that cloudy shade they get when you narrow your eyelids with rage.  “You could stay here and help,” she said.

“Yes, dear, I could,” Rob said, then gave out a little locker-room laugh, the kind you hear from a guy who thinks he’s got life figured out, and when all the chips are counted, just may.  “But I’d rather stay cool.”

I returned from my reverie to see him grinning at me, the way he had that day.  “No, it’s not the way it always happens,” I said.  “Unless you’re a dick.”  I said it with a smile that reflected his own; I don’t think he could tell whether I meant it or not.