NEW PLAISTED, Illinois.  It’s the last day of classes, so Kimberly Fantin can be excused if she has a smile on her face as she greets her mother Joni outside Phil Esposito Middle School in this suburb of Chicago, but the twelve-year old is more excited than usual this year as she starts summer vacation. 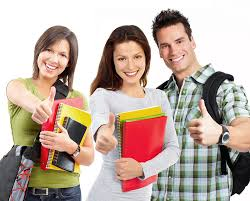 “Mom–I scored 100% on something!” she calls out with excitement.

“That’s wonderful, sweetie,” her mother says with an air of relief since she and her husband Ed have borne the financial burden of after-school tutoring, audio tapes and flash cards.  “What subject?” she asks, hoping for math, but willing to settle for reading comprehension.

“Phone charging!” Kimberly squeals with excitement, and her mother gives her an enthusiastic hug. 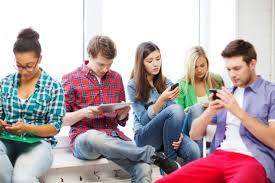 Educators point to similar results across the country as justification for ever-larger demands on state and municipal budgets, which are often sliced-and-diced by special interest groups in city councils and state legislatures.  “I don’t think $12,000 a student per year is too much to ask,” says Michael Galsworthy, assistant principal at Kimberly’s school.  “But we’re up against stupid stuff like highways and Medicaid, so we can’t be shy.”

American students ranked second only to their Japanese counterparts on the standardized exam, in which students plug a phone charger into an outlet and wait.  “The Japs teach phone-charging in advanced placement courses,” says Morton Threlkeld, Undersecretary of Policy at the U.S. Department of Education.  “Students in America have to find time for phone-charging between varsity sports, cheerleading, proms and secret hazing rituals, so they start out at a disadvantage.” 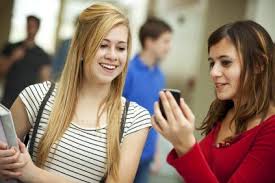 U.S. teens outpaced their counterparts in Singapore, who are beaten with canes when they re-charge their phones, and the normally high-achieving Russians, whose attention was diverted by massive hacking operations directed by the country’s intelligence agencies.  “Who has time to watch little bars on their phone?” said Anatoly Yevteshekno.  “We are too busy changing the results of the prothonotary elections in Cuyahoga County, Ohio.”