We had finished dinner and I was hoping to relax and watch some TV when my wife stopped me on the way to the couch.

“We need to talk,” she said in a somber tone–never a good sign when you hear that.

“Expenses–I can’t believe the bills we have coming due!”

“These things always work out,” I said.

“I had to write a big check today,” she said, her forehead furrowed like a field of soybeans. 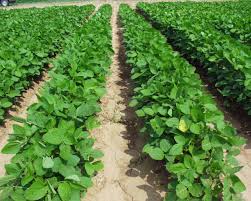 “A doctor’s visit–$332!” she said with exasperation as she held out the patient’s copy.

I was shocked.  We have two cats, but they seem to be in good health, both physical and mental.

“Nothing.  Just shots and a regular checkup–weight, heart–the usual.”

It had somehow escaped my attention until then that while the country was engaged in a fierce partisan debate over healthcare for humans, we had taken our eye off the nation’s pets.  With veterinarian’s bills skyrocketing out of control, pet-related healthcare costs threaten to consume an ever-larger portion of the American worker’s take-home pay, larger than the gut of a widow’s pampered dachshund.

“Does this coat make me look fat?”

“Let me see that,” I said as I grabbed the receipt out of her hand.  I added it up–not that that would have changed anything.

“Let me talk to the guys about this,” I said with firmness, and I walked into the family room where our two cats–Rocco and Okie–were sunning themselves.

“Can I talk to you two for a second?” I said.  They both looked at me like I was a bulk bag of dry cat food from a wholesale club, when they were hoping for Friskies Party Mix.

“I wouldn’t call sleeping 16 hours a day ‘busy,’ but perhaps this is a subject on which reasonable species can differ,” I said.

“I burned the alcohol off when I saw this!” I said as I thrust the vet’s statement in front of their noses.

“What do you want us to do about it?” Okie asked, barely raising his head from the floor.

“I want you to see how much you guys cost us,” I said.

“Did I tell you to have cats?” Rocco asked as he licked his paw and rubbed his ear.

“I got news for you,” Okie said.  “I don’t think you could spend any less on cat food than you already do.”

“Are you kidding?  That Iams low-call stuff is expensive!”

It was Rocco’s turn to gripe.  “You’re not getting your money’s worth,” he said.  “Why do you think we’re always eating chipmunk guts?”

“You’ll thank me in a couple of years when your stomach isn’t dragging the ground,” I said.

“Are those cat years or human years?” Okie asked.

“No, it makes you feel good,” Rocco said.  “It makes us miserable.”

“Look–everybody in this house needs to maintain a healthy lifestyle!” I snapped.

“Or what?” Okie asked.  If he’d had eyebrows, one of them would have been raised.  I didn’t like his tone.

“Or we may have to cut back in other areas,” I said in an even tone.  “Like maybe–one cat instead of two.”

“I told you there’d be death panels!” Rocco said.

“You wouldn’t dare!” Okie said, finally taking the trouble to prop himself up on one leg.  “I’ll call the MSPCA!”

That sobered them up a bit.  “We need a public option,” Rocco said after a few moments.  “For cats.”

I hate to say it, but the level of economic ignorance among American household pets is simply appalling.  “Yeah, that’s just what we need,” I said with a sneer.  “Any cat and his dog can just waltz into an emergency room and get unlimited free healthcare.”

“What’s wrong with that?” Rocco asked.

“You end up ballooning the deficit!” I said with alarm.

John Maynard Keynes:  “When the facts change, I change the kitty box.”

I can’t tell you how annoying it is to have a Keynesian cat in the house.  No matter how many times I show him how government “stimulus” programs have failed time and again, prolonging economic downturns and acting as a stealth tax on those at the lower end of the economic spectrum through inflation, he just keeps parroting the same cockamamie theories back at me.

They looked at each other for a moment, then broke out laughing. 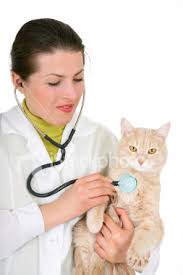 “Remember?” Okie added.  “You had us neutered before we could get it on with that long-haired bitch next door.”

Available in print and Kindle format on amazon.com as part of the collection “Cats Say the Darndest Things.”