GREENWICH, Conn.  This town is home to some of America’s most successful hedge fund managers, whose palatial mansions recall the robber barons of the Gilded Age.  “It’s not enough to just have a helipad anymore,” says local real estate broker Marci Adams.  “You really need your own landing strip if you’re going to be able to show your face in public.”

But the men who make big bets with borrowed money that can bring them nine-figure annual incomes are focusing on slower means of transportation these days; wheelchairs and walkers used by the mothers-in-law of CEO’s at the companies they stalk.

“The most important metric we look at before we make an investment is–when is the old bat finally going to kick off?” says David Halperin, whose Metamorphosis Fund has produced gains of 21% for investors over the past three years.

“Once the EKG of the M-I-L declines to zero, profits soar.”

The new–some would say morbid–strategy comes on the heels of a study that indicates a company’s stock is likely to fall after the death of a CEO’s wife or child, but rise after the death of a mother-in-law.  “It’s uncanny, when you think about it,” says Fordham University business professor Daniel Ferrone.  “They’re all human beings, and yet for some reason the death of one type of family member uniformly brings a tremendous upsurge in a guy’s sense of well-being.” 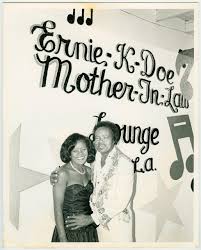 The strained relationships between men and their mothers-in-law has been a staple of popular culture throughout the ages, ranging from Hubert Humphrey’s quip that “behind every successful man is a proud wife and a surprised mother-in-law,” to Ernie K-Doe’s 1961 R&B hit “Mother-in-Law,” whose lyrics include the put-down “She thinks her advice is a contribution, if she would leave that would be the solution.”

“She’s fallen and she can’t get up–buy Infotronics!”

But it took a former rocket-science arbitrageur to figure out how to turn that folklore into trading profits, as Halperin hired young MBA’s fresh out of business school to make daily calls to assisted living centers to monitor the health of CEO mothers-in-law.  “You wouldn’t buy a car without kicking the tires,” he says.  “I’m not going to plunk down $100 million for a minority stake in a company until I know what kind of wheels the mother-in-law’s got on her.”

“That nice young man with the iPad keeps asking about my health.”

Some say the practice of tracking the elderly women represents an invasion of privacy, but lightly-regulated hedge funds operate free from many of the disclosure rules that public investment vehicles face.  “Anybody could follow these women into the grocery store if they just took the time,” says Halperin.  “If I notice that the mother-in-law has stopped buying green bananas, I know she’s hit the homestretch.”